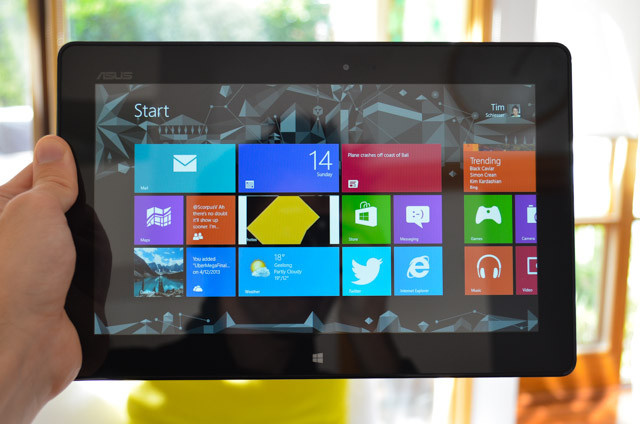 If you're after a Windows tablet, there's quite a selection to choose from nowadays, ranging from the Microsoft's home-grown Surface line to OEM flavors such as the Dell XPS 10, Samsung ATIV Tab and Smart PC, and the Lenovo ThinkPad Tablet 2. There's also a range of operating system flavors – Windows RT or Windows 8 – to consider, as well as various processor choices including Intel Atom, Ivy Bridge or AMD options.

I've had the Asus VivoTab Smart in my hands for the past few weeks, and while (due to time constraints) I haven't been able to compile a full review, here are some of my impressions of the tablet after a decent amount of usage. 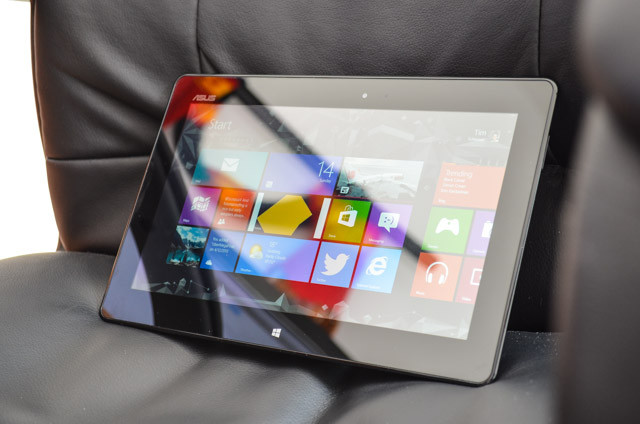 The first thing that strikes me about the VivoTab smart is that it's very light, at just 580 grams, as well as feeling quite thin (9.7mm). The soft-coated plastic build quality leaves a little bit to be desired when put directly up against tablets such as the Surface, but for what its worth it feels very sturdy, and the smooth glass on the front of the device facilitates easy use of the touchscreen. 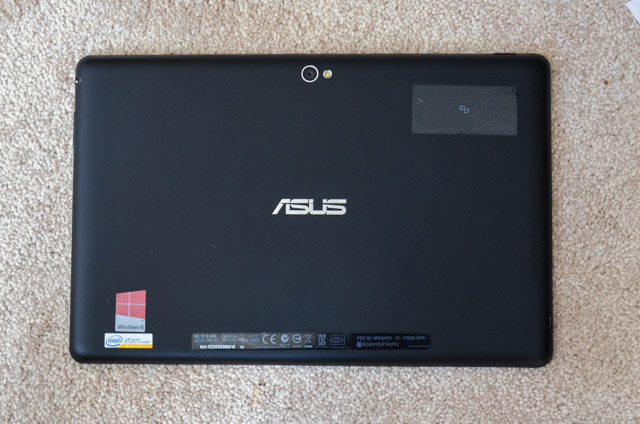 Around the device you'll find the power button the top left edge, volume rocker on the right side as well as a 3.5mm headphone jack, plus a microUSB port, microSD slot and covered micro HDMI port on the left side. I have no real complaints with any of the placements of these buttons, although I thought the Windows button below the display should have some haptic feedback so you know you've pressed it.

To an extent I was impressed with the display quality of the VivoTab Smart, although I found it disappointing that the resolution of the display was only 1366 x 768. While a 1080p panel would be more demanding on processor and battery resources, the sharp pixel density goes a long way to improve the experience of using the tablet. At the price point of the Smart I understand why Asus hasn't opted for a 1080p display, but nevertheless it would have been great to see. 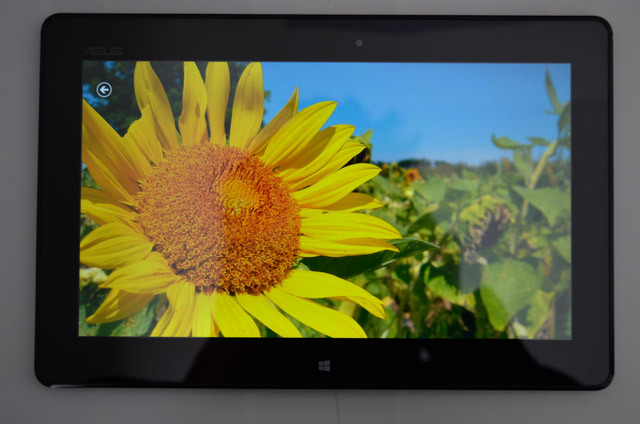 Aside from the resolution, the actual quality of the LED-backlit IPS TFT LCD panel is quite good. Color reproduction was great and, thanks to the IPS technology, there's also very good viewing angles to work with. I also liked how bright the display managed to go, making it surprisingly easy to use when there's a lot of background light. It's still perhaps not the best panel to use in direct sunlight for reading books, but otherwise the bright panel is decently impressive.

On a tablet, the quality of the cameras isn't hugely important, so I wasn't hugely concerned when I discovered the VivoTab Smart's rear 8-megapixel is a little sub-par. You can get some okay results when the lighting is good, and also the f/2.2 lens seems to work relatively well in low-light situations, but where the lighting indoor lighting is inadequate or hugely contrasting, the VivoTab's camera struggles to produce a decent image. 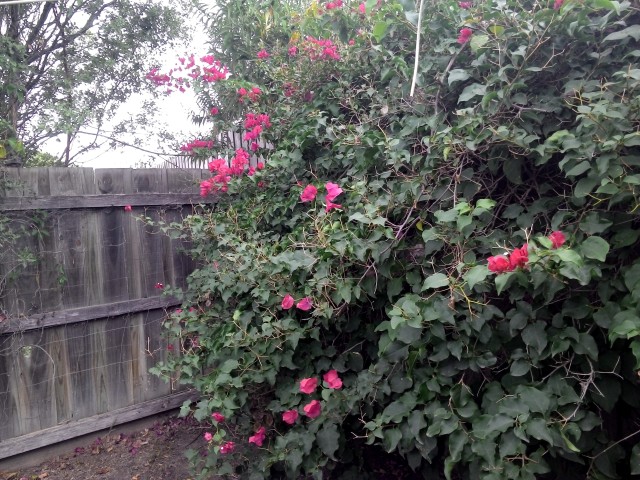 It may have been cloudy, but the VivoTab Smart still struggled to take a half-decent photo

Performance-wise, the Asus VivoTab Smart packs an Intel Atom Z2760 dual-core processor at 1.8 GHz with 2 GB of RAM, so it's not exactly pushing the boundaries for PC performance. That said, for a tablet the use of an Intel Atom processor means you get a decent amount of battery life compared to a more powerful Ivy Bridge CPU like in the Surface Pro; in my usage of the Smart I estimate I could get 6-8 hours out of the tablet, although I didn't have the time to properly test this. 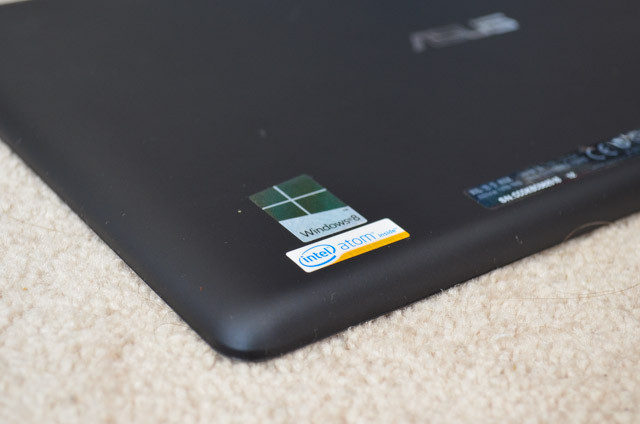 Around the operating system there were really no performance issues that stood out to me, with the Atom CPU providing enough power to browse the web and use Windows Store apps. Often I didn't realize I was using a low-power machine because of the smoothness of the operating system, but at the same time the system is definitely not capable enough to run intense applications such as Adobe PhotoShop or any sort of modern PC games.

Apart from web browsing and app usage, video playback is likely something you'll be wanting to do on your new Windows 8 tablet, and the VivoTab Smart delivers smooth playback right up to 1080p. One of the advantages of getting a full-blown Windows 8 machine is you can use third-party software like VLC to decode a huge range of formats, and although the Atom processor isn't powerful enough for 4K playback, that sort of content isn't widespread enough right now for it to matter. 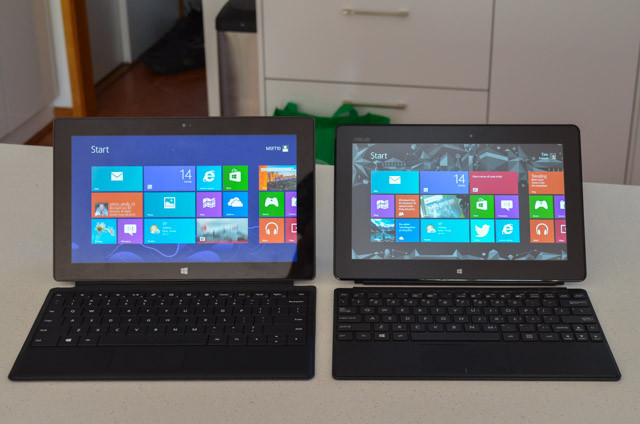 There's also a decent range of connectivity options in the Smart, including Wi-Fi 802.11b/g/n (disappointingly no dual-band), Bluetooth 4.0, A-GPS and NFC. The lack of a full sized USB port is occasionally annoying went I wanted to easily transfer some stuff from some other computers around my office, but the slimness of the tablet somewhat compensates for this.

When it comes to the software pre-loaded on the VivoTab Smart, you get all the standard features of Windows 8, plus a number of Asus' utilities. There's a custom-made camera application with more features than the in-built one, Asus WebStorage to access the free 32 GB of cloud storage bundled with the device, plus MyLibrary for book reading and SuperNote for notes. Nothing stood out in particular when it came to software on the VivoTab, but Windows 8's features are pretty solid as it's designed for touch devices. 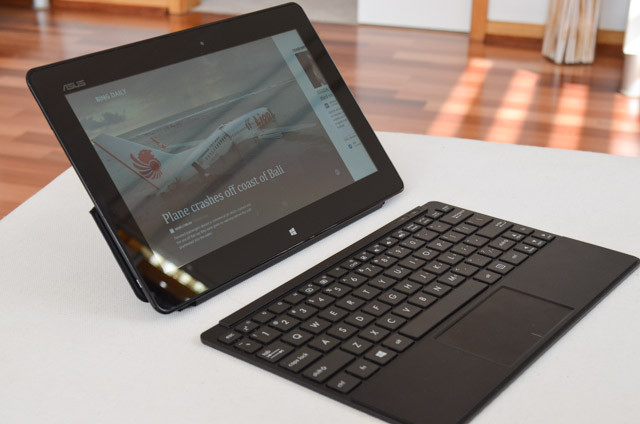 Presumably to compete with the Surface, Asus has a cover and keyboard that are available for the VivoTab Smart, known as the TranSleeve Keyboard. The cover employs a magnetic folding design which allow it to transform into a stand for the tablet, while the cover also attaches to the tablet magnetically. The keyboard is Bluetooth, so it doesn't connect to the VivoTab through connectors or a cable, and it can magnetically attach to the cover for easy storage.

Unfortunately the whole setup isn't as handy, or as simple, as the Touch Cover and kickstand method implemented by Microsoft for the Surface. While the TranSleeve cover feels nice to touch, and appears to be quite protective, it's often awkward to fold into the stand position, and I never felt as if the stand was particularly sturdy or strongly magnetized. Also, if you've attached the keyboard to the cover for storage, you have to remove it to fold the cover into the stand, which again can be awkward. 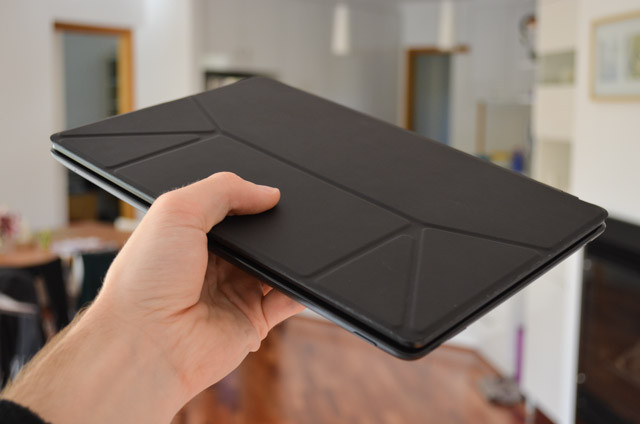 Despite these annoyances, the keyboard itself is reasonably easy to type on – at least it's better than the on-screen keyboard – although it's nothing to write home about. Often I found the touchpad a little cramped to work with, so I generally preferred to use the touchscreen, although I enjoyed using the keyboard away from the VivoTab as a wireless control pad for flicking through webpages and Twitter.

At the end of the day I enjoyed my time with the VivoTab Smart, and for the price point of around $600 I would tend towards saying it's a reasonable purchase, however I wouldn't go so far to say it's the best Windows 8 tablet on the market. The keyboard is always a useful addition, although the execution of it and the cover isn't the best I've seen, but I did enjoy the overall portability of the system and its full Windows 8 capabilities. 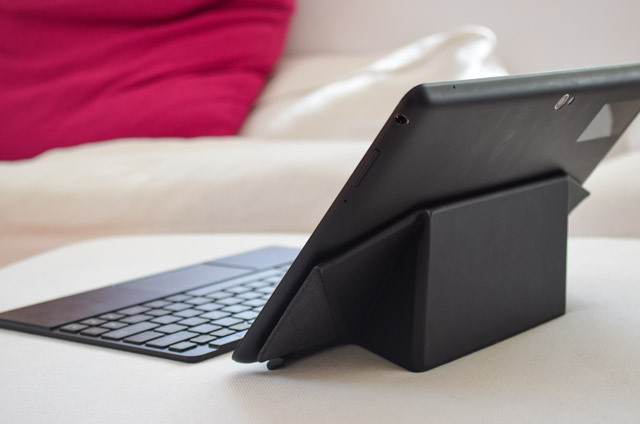 Don't forget that there's also the higher-end Asus VivoTab, which includes similar specifications but with a slightly larger display, Wacom stylus digitizer, larger battery and a design that slots into a keyboard dock similar to their Android Transformer series. Perhaps, if you're willing to spend a few more dollars, that system will be a more solid choice than the decent-enough Smart.