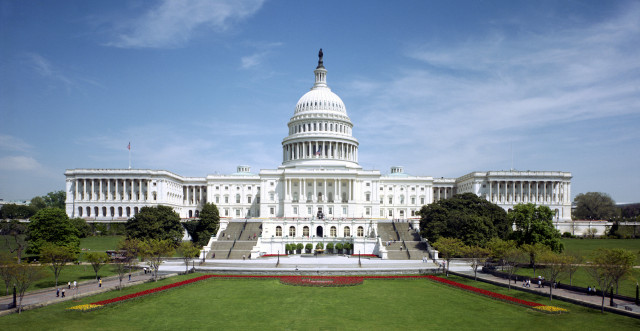 The Cyber Intelligence Sharing and Protection Act (CISPA) has been in the news recently when it passed a House vote which sees it on the way to a vote on the House floor. The bill, which allows greater information sharing between private companies (e.g. Google, Facebook or Twitter) and the U.S. government bypassing all federal and state privacy laws, has received criticism from groups such as the National Security Agency, who urged that the bill be amended with a civilian agency put in charge.

A letter, spotted by The Hill, sent to the leaders of the House Intelligence panel on Wednesday, outlines the support of Google, Oracle, Microsoft and Yahoo (amongst others) who support CISPA. The lobbying group, TechNet, is the face of the support, with the CEO, Rey Ramsey, writing: "We commend the committee for providing liability protections to companies participating in voluntary information-sharing and applaud the committee's efforts to work with a wide range of stakeholders to address issues such as strengthening privacy protections." Ramsey said he looked forward to "continuing the dialogue with you and your colleagues on further privacy protections."

After failing in the Senate, CISPA is making its way through Congress. Last year, several leading technology companies, including Facebook, IBM, AT&T and Microsoft, came out in support of the bill. Tech companies who opposed CISPA were few and far between, with Mozilla and Cheezburger, Inc. among the two most well known. The majority of the opposition came from interest groups, such as the American Civil Liberties Union and the Center for Democracy and Technology.

While this is a large step forward for those who support CISPA, it still has to win a vote on the House floor and in Congress before it arrives on the President's desk.