Last year, we published a list of some of the best games you could play on your Windows Phone 8.1. It included several high-rated games such as Asphalt 8: Airborne, Monument Valley, Crimsonland, and Nightmares from the Deep: The Cursed Heart, among others.

This year, with Windows 10 Mobile available for various devices, we have also made a list of some of the best games you can play on the OS right now. These games expand across various genres including casual, racing, hidden-object, and strategy and simulation. However, it is noteworthy that most of these games are exclusive to Windows 10 Mobile, and may be available on Windows Phone 8.1 as well. It is also important to remember that this list is in no particular order. Let's begin! 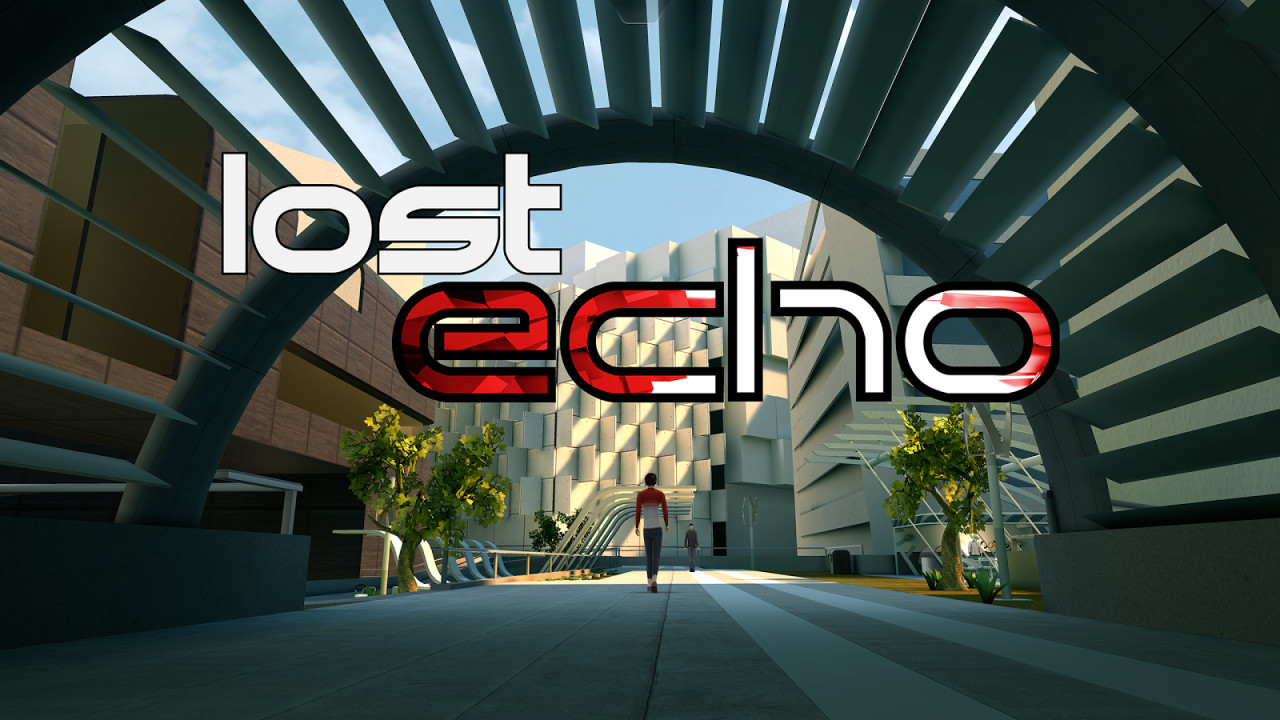 Published by Kickback Studios, Lost Echo is a fantastic point-and-click adventure that tasks players with searching for their character's girlfriend who has suddenly vanished without a trace. No one remembers who she was even though they have met her in the past.

The suspenseful story is gripping...

There are a number of positive aspects in this game which will certainly entice people vested in the point-and-click role playing genre. The suspenseful story is gripping, controls are intuitive, 3D visuals are amazing, environment is interactive with lots of non-playable characters (NPCs), dialog is strong, and last but not the least, the mysterious soundtrack is fitting with the storyline of the game.

If you are looking for a smartphone game that accomplished all the aforementioned elements with finesse, Lost Echo is a title you wouldn't want to miss. 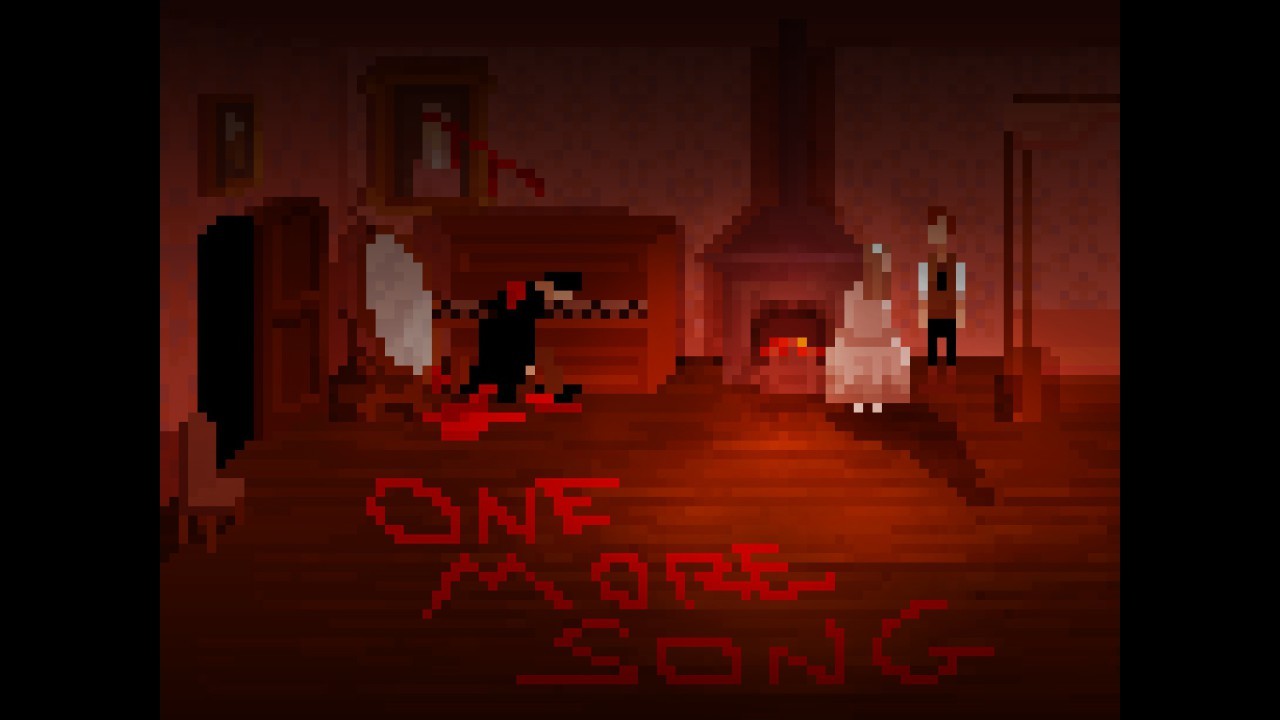 The Last Door: Collector's Edition is yet another point-and-click adventure with the unique element of 8-bit style added to it. Published by Game Troopers and inspired by the work of H.P. Lovecraft, this horror story allows players to assume the role of Jeremiah Devitt, who has received a mysterious letter from his friend Anthony Beechworth. He journeys to Anthony's manor set in Victorian London, only to realize that his friend has committed suicide under mysterious circumstances.

The game won't make you lose sleep at night but will leave a sense of dread...The game follows an episodic format, allowing players to navigate through four chapters of satisfying length. With retro graphics, intriguing puzzles, a tense story and a carefully crafted soundtrack, this title certainly brings a lot to the table for fans of any genre. While the game probably won't make you lose sleep at night, it will inculcate a sense of dread as you play through the retro setting, anticipating what awaits you at the next corner.

In short, The Last Door: Collector's Edition is a unique title to have on your Windows 10 Mobile device. If you have finished the main story; which will definitely take some time to accomplish without the aid of walkthroughs, there are plenty of bonus features and extras to enjoy as well. 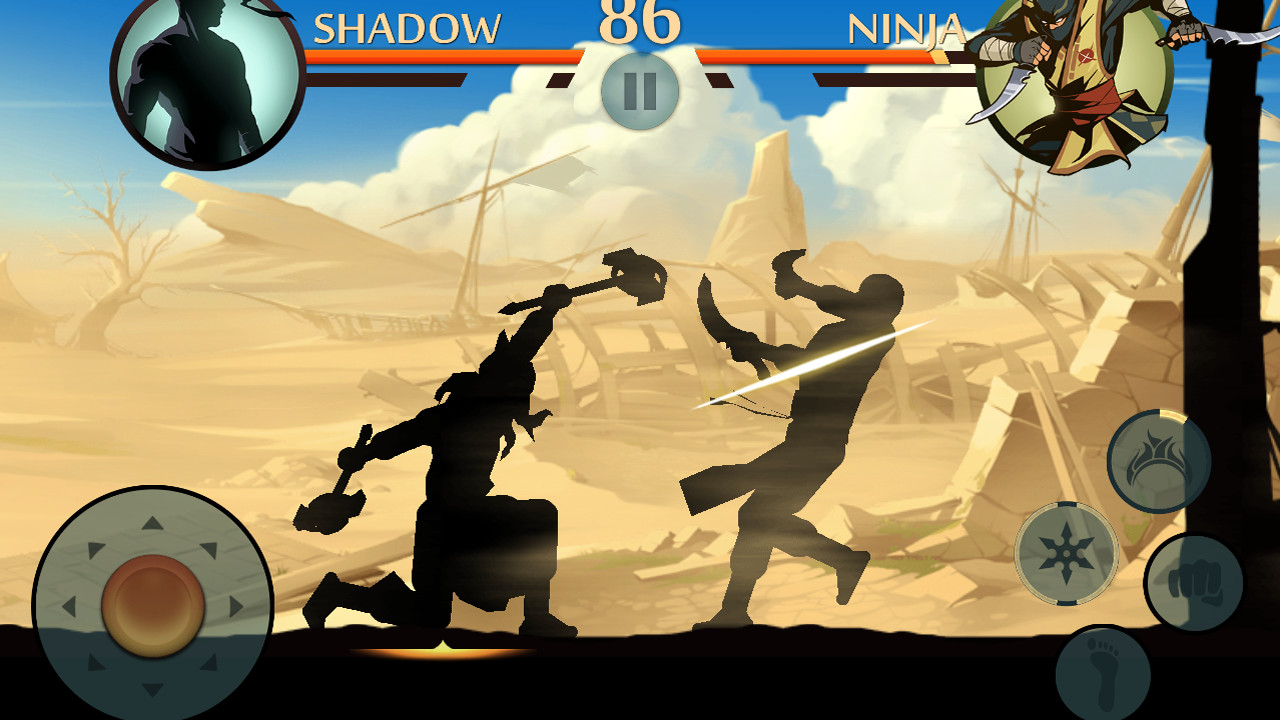 In Shadow Fight 2 by Nekki, gamers play as a shadowy figure aptly named as "Shadow" as they battle numerous ninjas and demonic bosses in an immersive storyline. There are a few game modes including Story, Survival, Tournament, Duel and Challenge, so the title does offer plenty of replay value.

The shadowy figures with life-like movements are a treat to watch...

Shadow Fight 2 allows players access to a plethora of weapons and armor including machetes, swords, knives, and nunchakus among others. There are plenty of battles to fight and the learning curve isn't entirely steep with the relatively minimalistic controls. But perhaps the most interesting feature of the game is the extremely life-like movements of the shadowy figures. They bring depth to the game, making you anticipate what your opponent is planning to do next.

With its arcade-like gameplay and fitting soundtrack, this title is sure to attract a lot of players, especially Tekken fans. The only drawback to be noted in Shadow Fight 2 is that, being a freemium title, it does begin to seem like a pay-to-win title especially in the ridiculously difficult boss fights, but if you can avoid the urge, Shadow Fight 2 is definitely a unique high-octane addition to your Windows 10 Mobile gaming library. 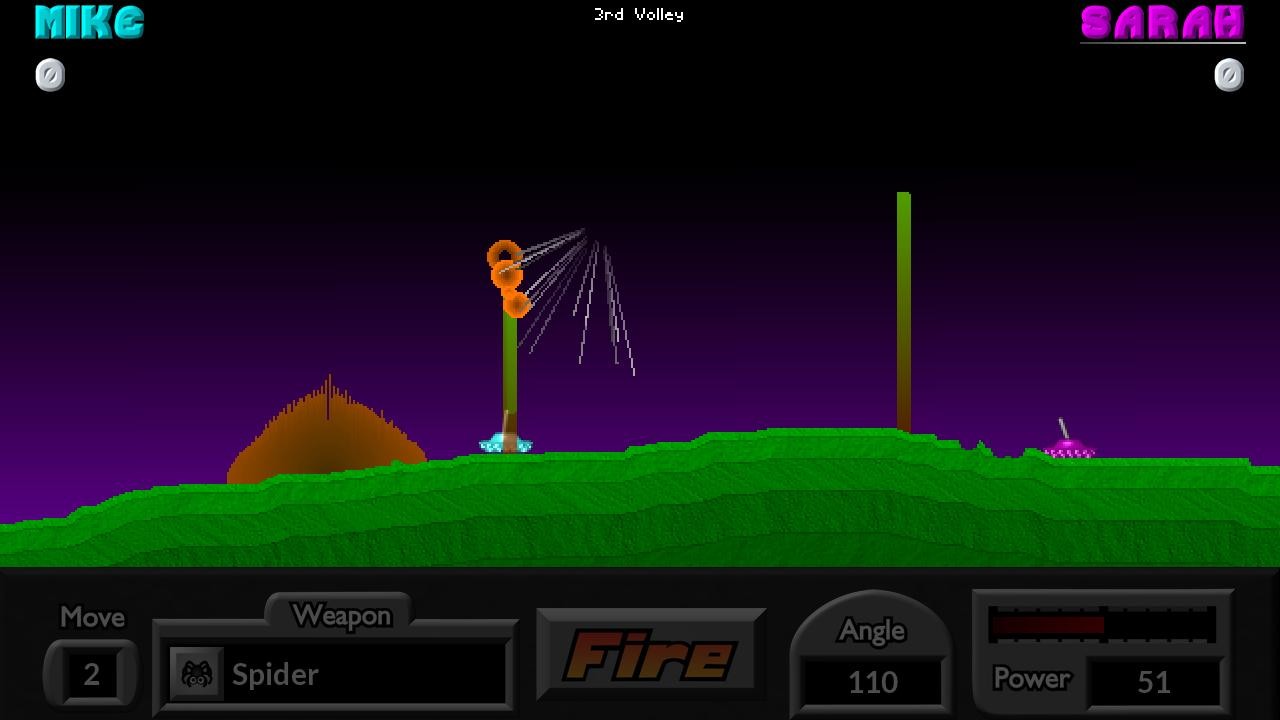 Developed by Michael P. Welch way back in 2001, Pocket Tanks is an interesting strategy and simulation title that made its way to smartphones just a couple of years ago. It allows one-on-one battles between another player or the artificial intelligence.

Weapons range from lemons and guns to Thor's Hammer and tornados...

While the free version allows a total of 40 weapons at your disposal that still promises a lot of entertainment, I personally felt that the entertainment value increased after I purchased several weapon packs which allowed me access to a hundred more weapons. These weapons range from guns, plasma orbs, lasers, rockets, bombs and fireballs to Thor's Hammer, tornados, avalanches and even lemons. The minimalistic design, with cross-platform play and easy to use controls (select weapon, power, angle and fire!), means this title truly has a lot to offer.

Even though I personally enjoyed the game a lot more after I purchased the weapon packs, several people who reviewed the game are also more than happy with the 40 free weapons offered and have compared it favorably to the Worms franchise. 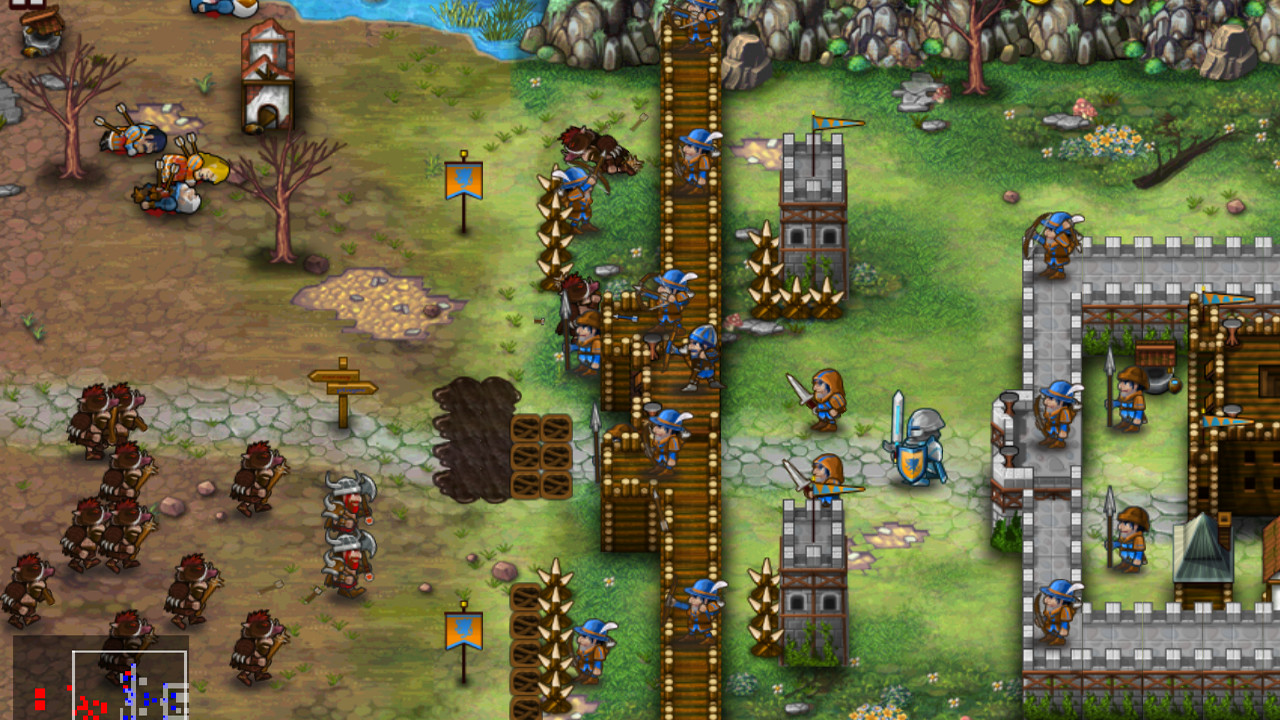 Fortress under Siege is a relatively older and lesser-known title than the other games in this list, but it certainly deserves more recognition. In this game, you play the role of a brave general as you face the onslaught of horde after horde of enemies while fortifying your keep.

The battles remind me a lot of the intense fight scenes in The Lord of the Rings movie trilogy...

While the game is slightly slow paced, it offers plenty of weapons, army units, defenses and enemies to keep you on the edge of your seat for a long time. The battle sequences are a treat to watch especially since you can control every single unit of your army. The game urges you to strengthen your defenses and to improvise and perfect your defense strategies, and it may take several retries to complete a particularly tough level. The sheer challenge provided by Fortress under Siege and the tense soundtrack is certainly engrossing.

This is still one of my favorite games on Windows 10 Mobile and reminds me a lot of the intense battles in The Lord of the Rings movie trilogy. Moreover, despite being a freemium title, I never once felt the urge to purchase anything within the game. If you're a fan of The Lord of the Rings, as well as strategy games, this is a title you certainly wouldn't want to miss.

Have you played (and enjoyed) any of these games on your Windows 10 Mobile device? Did any of your favorite titles make this list? Reach out to me via Twitter (@WinPhanPakistan) and be sure to sound off in the comments below!