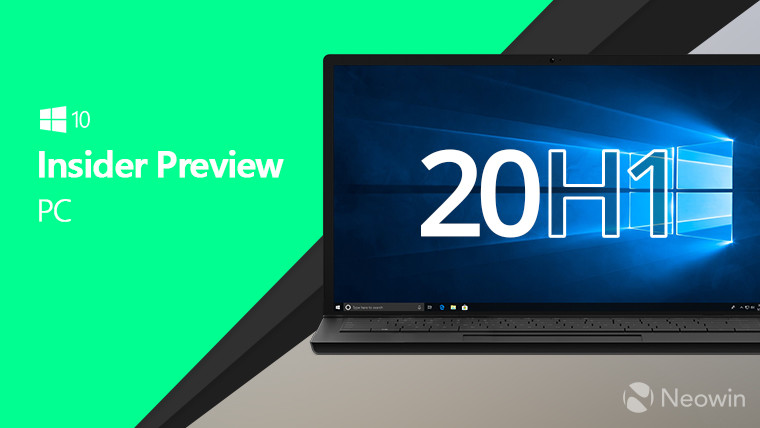 Microsoft released a new Windows 10 build to the Fast ring a little earlier than usual today, after a week with no builds. Build 18932 includes some new Eye Control improvements and notification settings, but it also comes with a pretty long list of fixes issues.

Most notably, Microsoft is seemingly converging settings synchronization engines into a single platform that's more reliable and less complex. For now, that means settings syncing will be disabled in 20H1 builds, but it should be good news for future releases. Here's the full list of improvements:

The build comes with a surprisingly low number of known issues, though some long-standing ones are still here. Here's the full list:

Of course, there may be more issues than the ones listed here. If you want to get Insider builds with less risk, 19H2 builds have started making their way to the Slow ring, so you may want to opt for that. It's worth noting that you won't be able to get 19H2 builds if you've already received updates in the 20H1 cycle. You'll need to roll back to the May 2019 Update in order to do that.