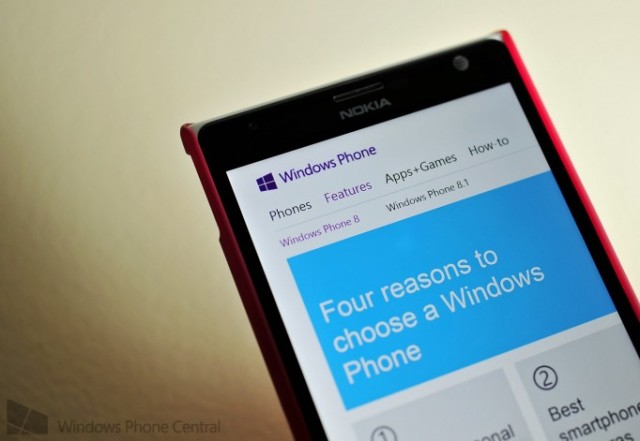 It appears that Microsoft has already started to update it's main Windows Phone website to include references to Windows Phone 8.1, a full two weeks before it's expected to be announced at the Build conference taking place from April 2 in San Francisco.

The link displays an error page when clicked on, but it's possible that Microsoft will start to add pages for Windows Phone 8.1, perhaps ahead of April, perhaps not. Microsoft hasn't formally announced when the update will be made available (initially to developers), but it's widely anticipated to happen at Build, with a public rollout occurring in the summer. 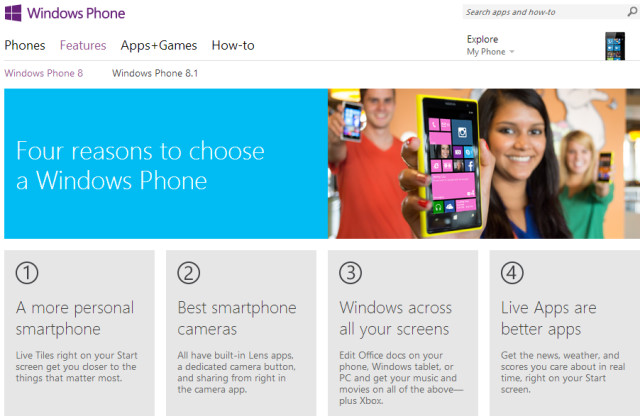 In any case it's rather interesting to see placeholders at the official Windows Phone site happening well before the anticipated announcement. Should anything happen sooner, we'll let you know.

For everything else, Neowin will also be attending Build so look out for that in two weeks.

Update: It appears that it was a mistake after all, the link to Windows Phone 8.1 has been pulled from the Features page.