Today HP has announced two new tablet-laptop hybrids: one that runs Windows 8 on an Intel 'Ivy Bridge' processor, and one that runs Android 4.2 on a NVIDIA Tegra 4 chipset. Both machines will fall under HP's 'x2' branding, which already includes an Atom-powered Windows 8 convertible called the Envy x2 that was announced around the time Windows 8 was released. 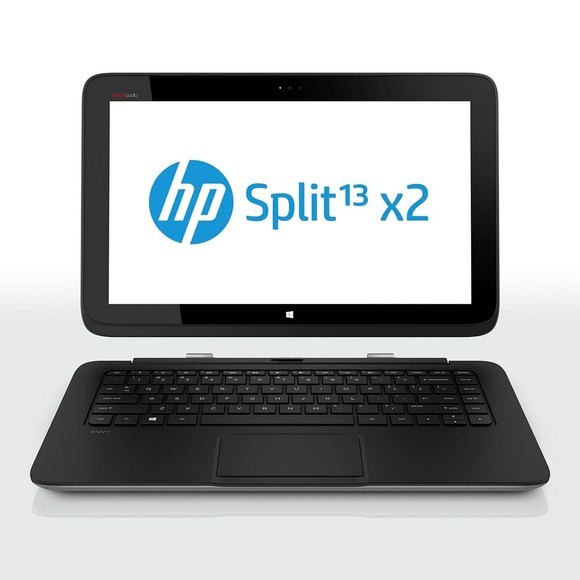 The more exciting of the two devices is the HP Split x2, the aforementioned Windows 8 convertible that features a third-generation Core i3 or i5 processor from Intel and a 13.3-inch 1366 x 768 display. The tablet itself features an SSD, however the keyboard it docks into packs in an additional 500 GB hard drive alongside an extra battery, plus some extra ports such as USB 3.0 and HDMI. 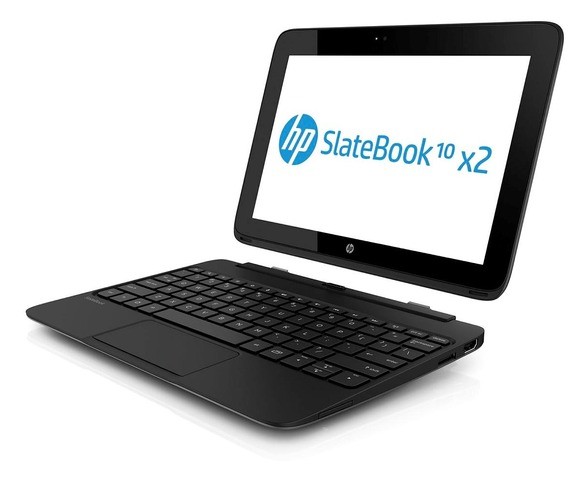 The other device is the SlateBook x2, which runs Android 4.2 and is powered by one of NVIDIA's brand new Tegra 4 chipsets, which haven't been seen in many devices thus far. The SlateBook x2 is a 10.1-inch tablet with a 1920 x 1200 IPS display, and again it docks into a keyboard with an extra battery inside. The tablet plus keyboard together weighs around 1.3 kg (2.8 pounds), and comes with 64 GB of on-board storage plus expansion through microSD and SD card slots.

HP has said that both products will be available in the USA in August, with the Split x2 going for $800 and the SlateBook x2 coming in at $480. There's currently no word on whether HP will be launching these devices outside the United States.