At its Global Infuser Summit in Shanghai, HP made multiple product announcements. None were more indicative of the company's future direction than its Ultrabook announcements. The company announced five consumer Ultrabooks, all under $1,000, with the least expensive beginning at $599. The Ultrabooks will be released under the company's premium notebook sub-brand, Envy. 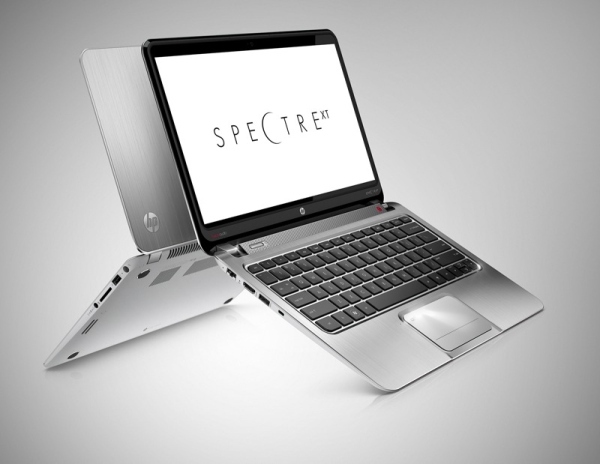 The flagship of the bunch, the Envy Spectre XT (pictured above), will cost $999 and comes in at only .97 inches thick, weighing 3.07 pounds. The entry-level configuration gives consumers a 13.3" screen (featuring a 1366 x 768 resolution), 128GB SSD drive, 4GB of 1600MHz DDR3 RAM and an Intel Ivy Bridge CPU of a currently unknown speed. While the Envy Spectre XT shares its nomenclature with the Envy 14 Spectre, released earlier this year, it sports a complete redesign of its predecessor.