For the last couple of years, HP's Stream devices have offered a welcome burst of bright color at the lower end of the notebook market, where it's all too easy to find an endless sea of black or silver laptops that are anything but distinctive.

Today, HP unveiled its latest Stream devices, all of which come with Windows 10 Home onboard, describing them as "incredibly affordable" and "totally productive".

There are two Stream notebooks, with conventional laptop-style form factors, which will be available with either an 11.6-inch or 14-inch display. There's also a new Stream x360, which features a 360-degree hinge, allowing the screen to fold all the way back, effectively turning the device into a large (albeit fairly heavy) tablet.

Both the HP news release and its promo site for the new devices are frustratingly vague when it comes to listing the specs that each model offers.

There's an "HD webcam", but its technical details are absent; there's "DTS Studio Sound", but no indication of how powerful the speakers are; and the devices have "an innovative design that eliminates the fan", but there's no mention of the processors or RAM options offered on each model.

You'll get "a few extra hours of battery life" compared with previous Stream devices, but exactly how many hours of battery life you can expect is left for you to guess. You can "enjoy your movies and photos in vivid high definition", but since HP hasn't said how much storage is available yet, who knows how many you'll be able to take with you? USB 3.0 ports are also included, but you'll have to look at the product photos and count them for yourself, since even that information was omitted from HP's announcement.

And how much will they cost? HP hasn't provided that information either, saying only that it's "dropped the price of select models to make a Stream PC even more affordable". HP advises a visit to its site for more information "including pricing and availability" - but the link it provides shows details of the old Stream models, none of which are available to buy anyway.

But it does at least state that each of its new devices will come with a one-year Office 365 Personal subscription, including 1TB of OneDrive storage. They will also come with an "improved 802.11ac 2x2 Wi-Fi antenna [that] delivers a stronger, more reliable internet connection than before." 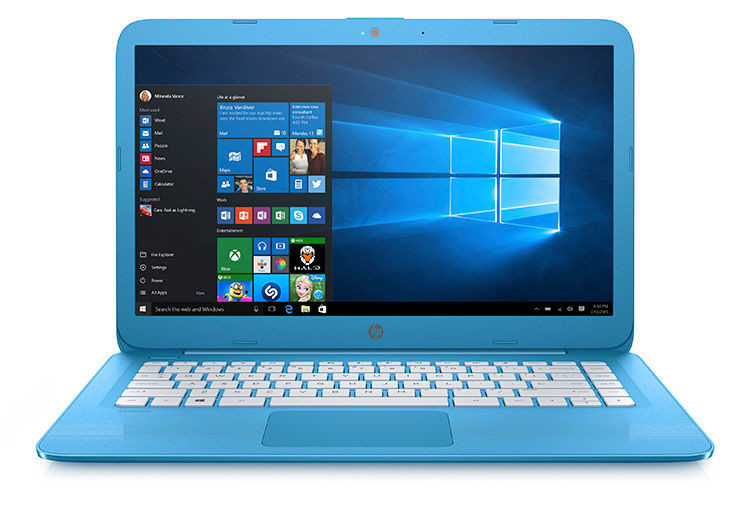 HP says that the Stream 11 and 14 will be offered, "in select regions", with Aqua Blue, Violet Purple and Snow White color options, with the x360 also available in Jack Black.

A "classroom-ready HP Stream Pro" which is "designed for education customers", will be sold from late September in some markets. HP says that this Pro model "will come in an additional 4GB/64GB model offering faster boot-up speeds". That appears to suggest that the non-Pro model will have 2GB of RAM and 32GB of storage.

But as with much of HP's announcement today, your guess is as good as ours.