After a long wait – and many, many leaks – HTC has has officially announced the HTC One, its newest Android flagship device. The announcement confirms what all the previous leaks hinted at, as the brand new device has some very impressive specs.

The HTC One has a massive 4.7-inch LCD 3 1080p display amounting to an astounding 468 pixels per inch, very similar to the display from an earlier release from HTC, the J Butterfly. The phone is powered by a Qualcomm Snapdragon 600 quad-core CPU with clock speeds of 1.7GHz. Additionally, the phone features 2 GB of RAM as well as either 32 or 64 GB of internal storage depending on the model. Along with the typical LTE and Bluetooth 4.0 support, the phone has an IR blaster embedded in its power button at the top of the phone to let users control TVs and other devices. To keep everything running the phone has a 2,300 mAh battery. 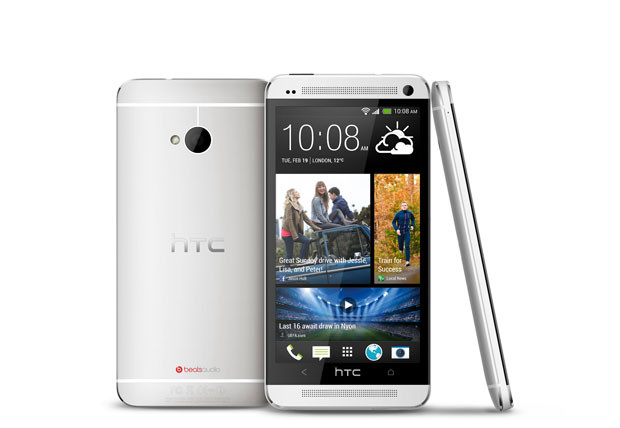 The spectacular display on the new phone is not its only "killer feature," as the new device comes with a unique camera on the back, something HTC has hinted at for weeks. The phone uses new technology, which HTC has dubbed "ultra pixels," to have larger pixels to absorb more light, leading to some very impressive photography, although HTC limits the output resolution of the photos to 4MP. The camera also feature optical image stabilization, similar to Nokia's 920, to reduce blur in low-light pictures and improve video capture. This technology is aimed at competing with Nokia's Pureview brand that uses oversampling to achieve the same effect.

The HTC One also comes with Beats audio technology and runs Android 4.1.2. On top of that HTC have thrown their new, lighter and redesigned Sense 5.0 software which focuses on a tiled interface. The new Sense also brings many of HTC's customization features on top of Android.

HTC is aiming at an international launch for this device with over 185 carriers world wide. As earlier rumors predicted, the phone will be available in the U.S. starting in late March on AT&T, T-Mobile and Sprint with pricing possibly starting at $199 for the 32GB model. In the UK O2, Vodafone, Three and EE are all signed up to carry this device. It will come in black and silver. For those who want to find out a bit more and to register for a $100 discount offer visit the product page on HTC's site.