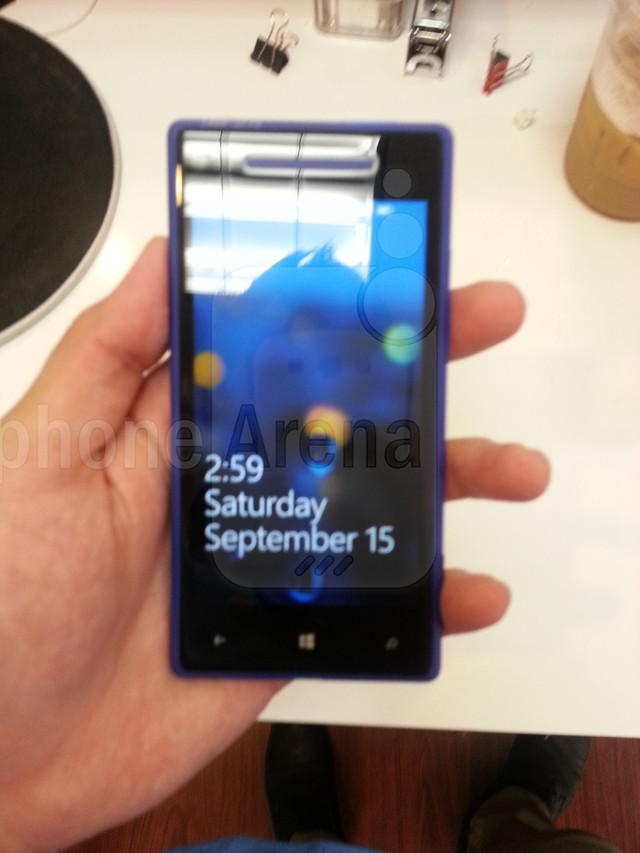 In the run up to the official Windows Phone 8 release, we have seen new devices from Samsung and Nokia with HTC expected to announce new Windows Phone devices later this week. While the press conference is still a bit away, it looks like we have the first image of the HTC 8X in the flesh and it appears to take a colorful queue from Nokia.

The device has a blue shell that appears to follow Nokia's path of differentiation through color but what other features HTC will bring to isolate itself from the competition is not known.

The phone is also rumored to be headed to Verizon, which if true, holds well to the comment made by the carrier where they said that mulptiple Windows Phone 8 devices would be headed to the company.

Microsoft has yet to announce that Windows Phone 8 has gone gold but there were convincing signs that the platform is finished. The current rumored release date is the end of October which means we will likely not see this HTC device on retail shelves until early Novemeber.

It won't be long until HTC officially announces the device and it is expected to have an 8 megapixel camera outback and an SD card slot. Look for this device to land later this week along with a few other HTC WP8 devices.