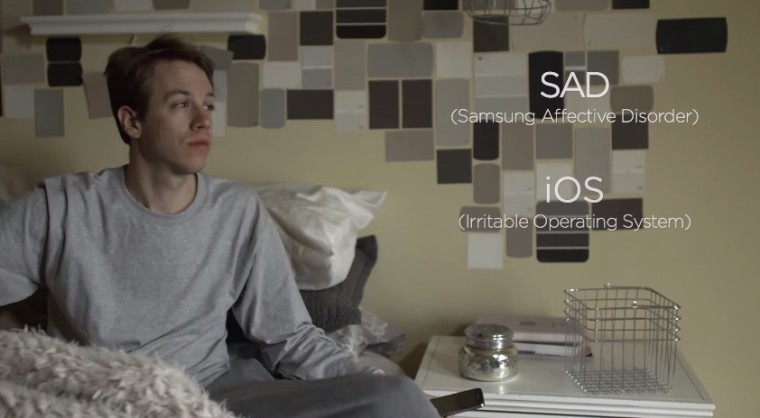 Although it doesn't happen often, companies have been known to throw jabs at one another by releasing comedic advertisements highlighting the deficiencies of the competitors products or services. While we've seen this heavily in the past between Apple, Samsung and Microsoft - HTC has managed to remain fairly dormant, perhaps due to their declining market share. HTC has now released a new ad on its YouTube channel that is meant to elicit laughter at the expense of Apple and Samsung, though that's probably the only thing it doesn't actually do.

While this isn't the first time they've produced a questionable ad, the "Cellami" advert has to qualify
as one the strangest produced by HTC. Although the ad seems to have promise, parodying a pharmaceutical / medical commercial, it quickly loses momentum becoming a long, uncomfortable and drawn-out effort.

It's hard to tell where HTC went wrong, but it seems as though they might have benefited by chopping the nearly two minute "commercial" into smaller thirty second segments, better mimicking traditional TV commercial lengths. HTC also seems to border on the slightly perverse with some of its "warnings". After enduring HTC's excruciatingly awkward parody, in the final moments, we are treated with a momentary glimpse of their current flagship, the One M9.

When all is said and done, there's something that becomes apparent when experiencing HTC's repeated attempts at humor that in some way is a reflection of their current business. HTC has consistently released superb handsets into the market, but most have managed to completely miss their mark. If HTC is going to catapult themselves, they will not only need to continue to create well-received products, but will also have to create campaigns and products that are able truly resonate with the public.