Belgium-based certificate authority, GlobalSign, has revealed that an issue with its internal certification process has caused browsers to report its SSL certificates as revoked. The company has fixed the issue, but it is expected to take up to four days for everything to get back to normal. 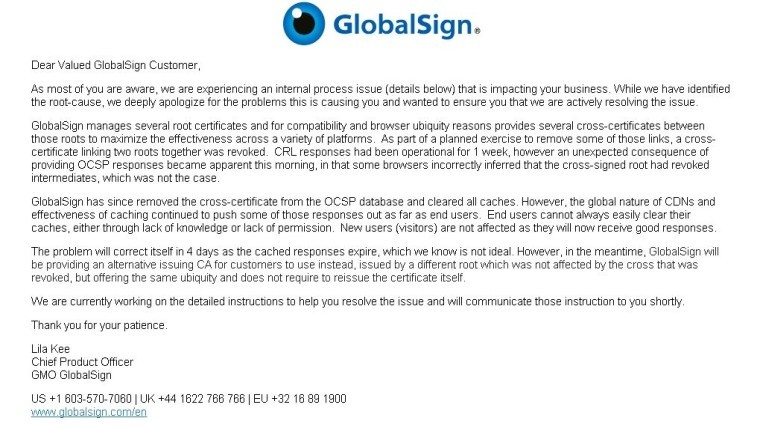 According to an email sent by GlobalSign (pictured above) to affected customers, a planned clean-up of root certificates, resulted in some browsers reporting that the intermediate certificate had been revoked. It is said to be due to the revocation of a cross certificate linking two root certificates.

The company has fixed the issue and cleared its caches, however, end users might still be affected for at least another four days due to caching on their end or at the CDN level. Since, browsers will not allow bypassing the "Revoked certificate" error, affected users will have no option, but to wait till the fixes are reflected.