The Huawei P40 Pro already leaked in renders back in December and now 91Mobiles has shared a detailed render of its smaller sibling, the Huawei P40. The render shows off the design and the triple-camera system at the rear of the device.

At the front, the Huawei P40 will feature a dual punch-hole that will be located on the left side of the display. Unlike the pro models, the P40 will feature a flat display. While not mentioned, the secondary camera at the front will likely be a ToF sensor or an ultra-wide angle selfie shooter.

This will be the first time that Huawei will use a punch-hole display design on its flagship smartphones. The P30 series featured a dewdrop display while the Mate 20 and Mate 30 series feature a display with a notch. 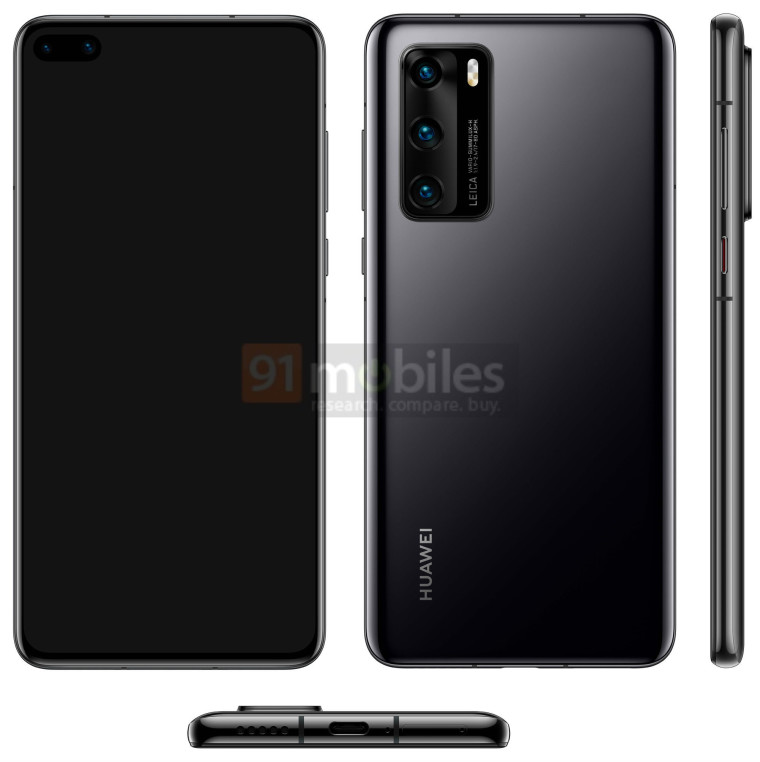 The rear of the device will house a triple-camera system in a rectangular housing alongside a two-tone dual-LED flash system. The prominent Leica branding as found on previous premium Huawei phones is also going to be intact on the P40. The camera hump will protrude quite a bit from the chassis of the device as shown in renders.

The render also shows the power and volume buttons located on the right edge of the device, with the bottom housing the USB-C port and the bottom-firing mono speaker.

The leak is light on other details about the Huawei P40 but the device is expected to be announced in March 2020 alongside the P40 Pro. It is expected to be powered by the Kirin 990 5G chipset. If Huawei's Android license is not reinstated, the P40 might just be the first device from the Chinese smartphone giant to launch with its own HarmonyOS.