I4i Chairman Loudon Owen, the winner of a major injunction against Microsoft has said that his goal is not to get Microsoft Word pulled from shelves. Owen said to ZDnet on Wednesday that "he is one of the hundreds of millions of people who uses Word and the other Microsoft Office tools every day.". This should be the case seeing as the software that i4i actually offers is only an add on to Microsoft Word.

Owen said that he would like to see a version of Word come out without the technology in question. "The injunction is not saying there is no more Word for the world," Owen said. "That is not our intention and that would not be a sensible remedy."

The ruling issues an injunction against Microsoft that would bar Word in its current form. The ruling would go into effect in 60 days, unless Microsoft wins a stay as part of an appeal, which is currently in the works.

But Owen said i4i's focus is on its products, not on the courts. Owen said i4i's mission is trying to make all information database-ready. The company, which has about 30 employees and has been running since 1993, has products in use by a number of large companies, including many large pharmaceutical names such as Amgen, Bayer and Biogen.

He also added when asked if there was room for partnership between the companies, that the company's goal is to help structure the world's information and it will do whatever it takes to reach that goal. "We are always ready willing and able to partner with any good partner, whoever that is." 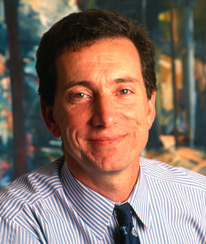