LG has today unveiled the newest edition to its G series line up, the LG G8X ThinQ. The new device launches alongside an updated LG Dual Screen which is connectable via USB. The G8X ThinQ also includes several nice features including an in-display fingerprint sensor and a light sensor that adjusts contrast to maximise image details and lessen eye strain.

The new high-end device is powered by a Qualcomm Snapdragon 855 chipset, which includes eight cores. While the Snapdragon 855 chipset can be paired with Qualcomm’s X50 5G modem, it seems that LG has decided to exclude that component meaning it’s only capable of connections up to LTE-A (4G+), which is a bit of a disappointment. 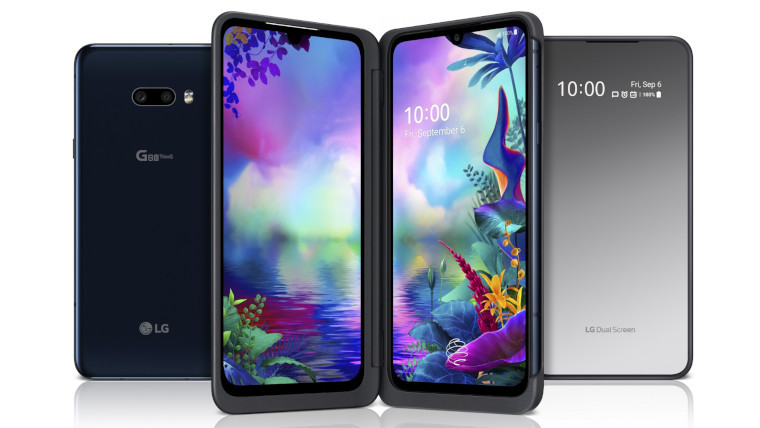 The complete specifications for the LG G8X ThinQ and updated LG Dual Screen are as follows:

“LG Dual Screen is now a proven form factor, highly regarded for its practicality and the world of multitasking possibilities it opens up. We’ll continue to expand the LG Dual Screen ecosystem through strategic partnerships and upgrade our innovation in meaningful ways to bring consumers a differentiated user experience.”

If you’re lucky enough to be attending IFA 2019, you can find the LG G8X ThinQ in Hall 18 of Messe Berlin. The device will be available in “key markets” in the fourth quarter for an unspecified price.