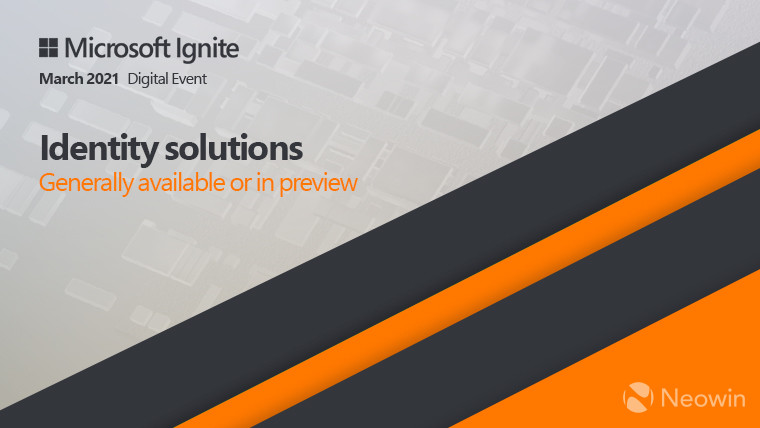 In the sea of announcements at its Ignite event, covering security as well as compliance solutions, Microsoft also took the time to spotlight some of the identity solution enhancements it has made.

Moving on to generally available services, there’s passwordless authentication in Azure AD, which will see folks use Windows Hello for Business, the Microsoft Authenticator app, or FIDO2 security keys from partners of the Microsoft Intelligent Security Association (MISA), like Yubico, Feitian, AuthenTrend, and others.

On a related note, Temporary Access Pass – a time-limited code that’s used to set up and recover passwordless credentials – is now in public preview. It can also be used to replace a lost credential or recover an account.

As far as Azure AD Application Proxy is concerned, it also has two new additions to its feature set, including the GA of header-based authentication – the public preview of which was announced in December of last year -, and App Proxy geo routing. The latter allows, now in public preview, allows for the designation of the App Proxy service connector group region to reduce latency.

Moving to generally available services, Azure AD External Identities (also known as External Identifiers) is set to enter its GA phase at the beginning of this month. Initially announced in preview in May of 2020, the tool allows organizations to manage resource access for customers and partners.

In addition to the above, also generally available this month will be Application Template API – allowing for programmatic management of application in the Azure AD app gallery -, and Admin Consent Workflow. The latter allows admins to securely grant access to apps for users who require approval, and was initially announced in public preview in September 2020.

Last but not least, we have Azure AD verifiable credentials, set to be made available in public preview starting in April. It allows organizations to “issue digital claims about identity attributes based on open standards”, with individuals managing these credentials via the Microsoft Authenticator app. The capability is created in partnership with identity verification vendors like Idemia, Onfido, Socure, and others, and allows companies to confirm things like education or the professional certifications somebody holds without collecting and storing personal data.

Check out our other Ignite 2021 coverage right here.