Previous versions of Microsoft's Outlook email client have not pleased users who have been waiting for more support for the Internet Message Access Protocol, better known as IMAP. Indeed, the recently launched email web service Outlook.com does not support IMAP.

For the stand alone Outlook 2013 client, Microsoft says it wants to make a better effort to support IMAP. In a new post on the official Outlook blog, Microsoft says that new email notifications using IMAP will be supported, along with being able to recognize special folders.

Outlook 2013 users will no longer have to wait for sync to be completed in order to start using the client due to the new background syncing and sending of email messages. The blog states, "General comments about Outlook's performance when using IMAP was the top issue we heard from all of you, and we believe this change will improve the experience quite a bit." 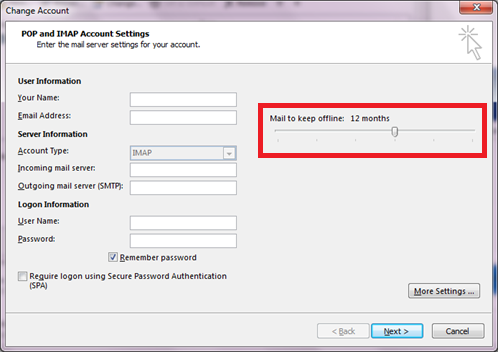 The new version of Outlook will let users sync any IMAP-based emails that are newer than three, six or 12 months via a new setting. Microsoft says, "If you're working in a situation where bandwidth is expensive or otherwise constrained, we recommend using the above new setting to limit the amount of mail you sync to provide the best experience."

Not all of the IMAP requests from users will be put into Outlook 2013. Microsoft says the Download Headers Only feature for IMAP users won't be in the new version; "We believe the best experience in Outlook is when you have the entire mail downloaded, and that folks who use Download Headers Only would benefit from our new sync offline setting above."

Categories also won't be a part of the IMAP support for Outlook 2013 because the protocol itself won't allow for such a feature. Microsoft states, "As a result, we weren't able to engineer a feature that ensures that categories (including the color and name of the category) you assign on one computer are stored on the server and available on all your other computers, or even available on your same computer if you have to recreate your Outlook profile."