Mobile networks missed out on $13.9 (£8.8) billion worth of profits last year because of free messaging apps like iMessage and BlackBerry Messenger, if a study from Ovum Research is to be believed. According to CNet, the rising number of people using internet connected apps to communicate instead of traditional SMS (short message service) is growing, maybe even heralding the end of the good old SMS text message.

Smartphones may have essentially made SMS obsolete. Apps like iMessage look like SMS, act like SMS, but they aren't SMS. Rather than using a traditional cellular signal to transmit their messages, these new messenger apps send data over the internet. That's all well and good for the user, since it means they can do even more with their texts, but messaging plans have come to represent a relatively small (but far from negligible) source of revenue for carriers.

SMS does have some advantages over newer technologies; since it uses standardized protocols, different devices and devices on different networks have no problem reading the same message with the same formatting. iMessage and others tend to be restricted to one platform or carrier (think Samsung's ChatON), and require an internet connection to work. Still, assuming that you live in an area with a fairly good connection, and most of the people you talk to use the same kind of device as you do, there isn't much need to turn to SMS. 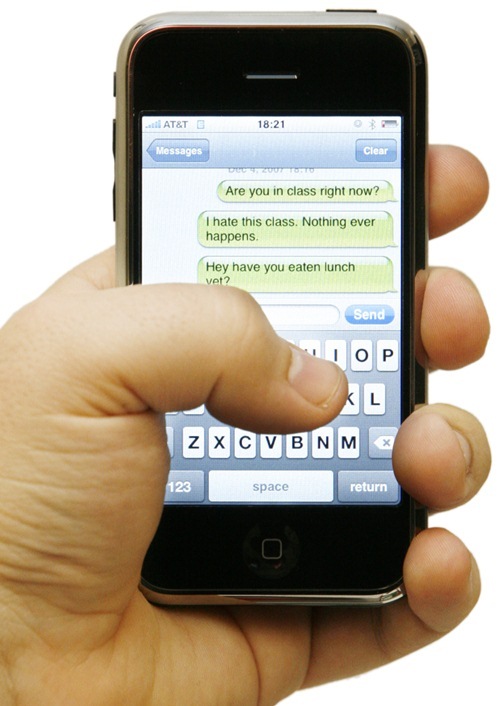 Another report on the same study comes courtesy of the BBC. Speaking to James Barford, a mobile analyst for Enders Analysis, their report suggests that most of the lost profits from SMS can be replaced by the charges that come from the data plans powering next generation messaging platforms. The problem is, that isn't taking into account the fact that networks have gotten used to its customers paying for both. Since iMessage and similar services didn't become available until very recently, SMS has been the standard form of communication, even between smartphones.

It's worth noting that the study also took social networking services like Facebook chat into account. We're sure that the mobile availability of such services probably has impacted SMS to some extent, but it's really not as comparable as, say, iMessage, which is basically an SMS stand-in.

The study is yet another example of how fast smartphones are changing the mobile business. As the market changes faster than ever, hopefully carriers will do a better job of adapting to new technologies than other industries have. Sadly, hope is often for naught.