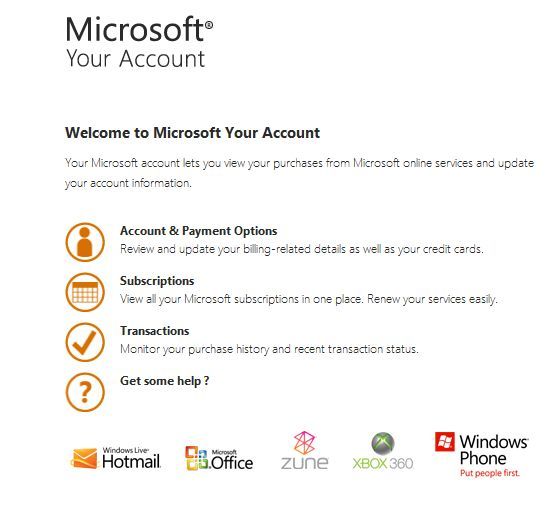 Microsoft has a ton of different businesses and services and many of those divisions have their own account features. Services like Windows Phone, Xbox and Zune offer downloadable content and software for sale while Hotmail and Microsoft Office have their own paid options. Now Microsoft has launched a new web site, Microsoft Your Account, that brings all of those payment options under one roof.

The web site (spotted at Within Windows) allows users to see the purchase history for their various products. For example it will let you see if you have bought an Xbox Live Gold subscription. You can also update your accounts with new details or make changes such as deleting an expired credit card number.

Microsoft could reveal more details of this new account system in the coming months, and we wouldn't be surprised if paying for Windows 8 Metro apps via the Microsoft Store was a part of those plans.