It was an ambitious plan that began with an announcement in February 2009. The Indian Government declared that it was funding development of a $10 laptop, as part of a wider strategy to boost the use of IT in Indian education. It was intended to be a showcase of Indian ingenuity, one which would demonstrate that such a device did not need the complexity of One Laptop Per Child’s ‘XO’ device.

But just as OLPC’s XO – which saw its intended price soar from $100 to $188 per unit – had to succumb to real world practicalities, so too did India’s ambitions, and the $10 laptop ultimately failed to materialise. Undeterred, in July 2010, the Indian government showed off a prototype for its new $35 device, this time a tablet, and promised to deliver the first examples to Indian students by the year’s end. 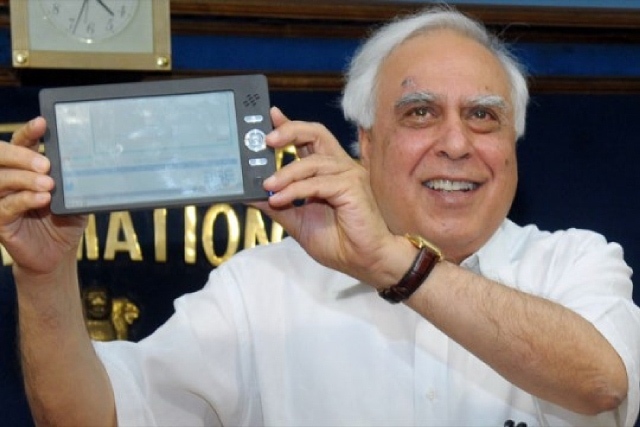 It appeared, briefly, that that plan too might turn to dust when it emerged, just two months later, that the prototype appeared to be an off-the-shelf reference design from a Chinese ODM, the ‘HiVision Speedpad’, which proved to be something of an embarrassment for the Indian Government which had repeatedly touted the device as being of Indian origin.

Today, after many more delays, too numerous to mention, the Indian Government has formally announced the availability of its tablet, but as one might expect from this saga, there are still a couple of twists in this tale.

First of all, the tablet wasn’t fully designed in India; it was designed by a small London-based firm called DataWind, working in conjunction with Indian institutions, and officially, the Indian Government is buying the first batch of units from DataWind, which will be assembled in India. DataWind’s CEO, Suneet Singh Tuli, is sticking to claims that this is an Indian product though. According to EE Times, he stated: “This is a ‘made-in-India’ product, with the screen coming from a South Korean company, and the chip from a US company. This [product] will revolutionise the world.” 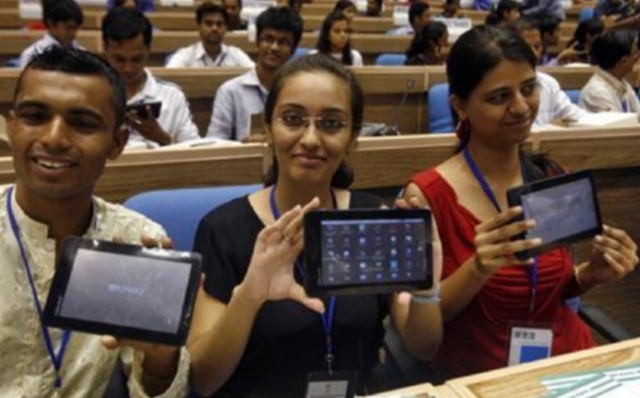 That $35 price tag is also a little bit misleading. India is buying the devices from DataWind for $50 per unit, and the first 100,000 units will be given away to students free of charge. Subsequent devices will then be sold to students at a subsidised price of $35 per unit, while ordinary members of the public (i.e. not students) will be able to purchase a commercial version called "UbiSlate" later this year for $60.

The student version is called “Aakash” (meaning “sky”), and has a 7” resistive touch screen with WVGA (800x480) resolution, along with on-board Wi-Fi connectivity and two USB ports. Bloomberg Businessweek also reports that Aakash has a 366MHz processor, 256MB of RAM and 2GB of storage. The commercial UbiSlate version also includes a SIM card slot for cellular connectivity. The operating system for both is Android 2.2 (Froyo).

Reuters reported that the first 500 devices were handed out to students at the product launch today, but received something of a mixed response. One student was quoted as saying: “If you see it from the price only, it’s okay, but we have laptops and have used iPads, so we know the difference.”

While Aakash and its UbiSlate sibling won’t be scaring the iPad, their arrival marks an interesting chapter in the fight towards the entry-level of the tablet market. Amazon’s Kindle Fire has demonstrated that you don’t always have to compete at the top end to make an impact, and with a population of 1.2 billion people, just 8% of whom have internet access, India represents a vast opportunity for companies to create more affordable means of engaging with technology.