In July 2012, Microsoft acquired Perceptive Pixel, which offers touchscreen monitors as big as 82 inches in size. Those huge screens have been used by Microsoft to demonstrate Windows 8 in the past. Today, a Portland, Oregon-based company called InFocus has revealed it will sell its own Windows 8 touchscreen PC that's also pretty big, but has a price tag that's a little closer to the reach of the regular consumer. 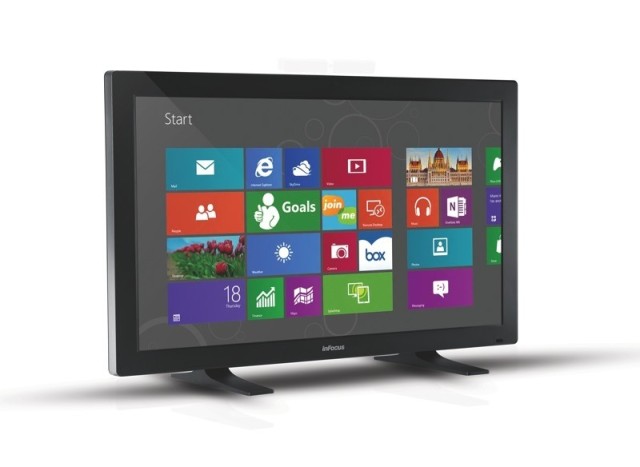 The press release from InFocus has the information on what the company calls BigTouch, a 55-inch 1080p all-in-one touchscreen PC running on Windows 8. The touchscreen on the BigTouch supports up to five fingers at once, rather than the 10-point touch that the Perceptive Pixel screens can support.

Inside the BigTouch, InFocus has put in an Intel Core i5 processor, along with a 120 GB SSD and WiFi. As far as ports, it has two gigabit Ethernet ports, two HDMI ports and six USB ports. There's no word on how much RAM there is in there though, nor if there's an option to put a TV tuner inside.

The price for the InFocus BigTouch is $4,999, which is pretty reasonable considering the hardware. However, we suspect that the price for such a big screen PC will drop even more in the months to come.