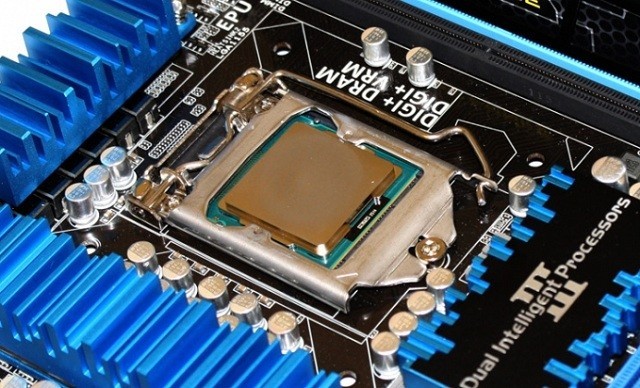 A couple of weeks ago, rumors began hitting the Internet that Intel was going to do away with removable CPUs in its future PC processor lineup, starting with the lineup of chips that are currently going under the code name Broadwell. This naturally started a firestorm of criticism from PC hardware enthusiasts, particularly those who want to build their own PC rigs.

Now Maximum PC has received a statement from Intel, which says the company doesn't plan on doing away with making removable CPUs anytime soon:

Intel remains committed to the growing desktop enthusiast and channel markets, and will continue to offer socketed parts in the LGA package for the foreseeable future for our customers and the Enthusiast DIY market ... However, Intel cannot comment on specific long-term product roadmap plans at this time, but will disclose more details later per our normal communication process.

While many conspiracy theorists will likely make much of this simple statement, we think that Intel knows that doing away with removable CPUs entirely would be a bad idea. Not only would it make hardcore PC enthusiasts mad, it's also likely that large scale server and workstation customers would also be upset if Intel went ahead and moved to a system based on the ball grid array (BGA), where the processor is soldered directly into a motherboard.

AMD has already announced that it will continue to offer removable CPUs for its future PC processors and they have "no plans at this time to move to BGA only packaging."