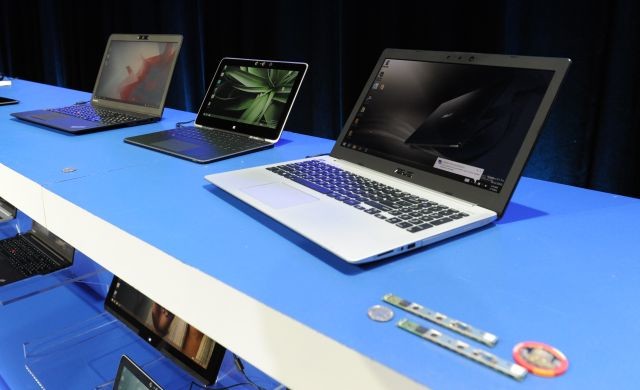 The integrated camera is almost a standard product on most new notebooks and tablets. This week at CES 2014, Intel demoed a new PC camera that will be incorporated into a number of Windows notebooks later in 2014.

The device is the RealSense 3D camera, and according to Intel's press release, it is the first such product made to help notebooks "'see'" depth much like the human eye." It will include motion gesture features, much like Microsoft's Kinect sensor, that can detect finger movements, along with being able to read and understand facial features.

Intel is working with Microsoft to allow PCs with the RealSense 3D camera to add features to video calls made with Skype and Lync. The press release states:

The 3D camera will provide the ability to control and remove a person's background during a video call, to present only the caller and not what is actually behind them. With this capability, people have more options; they can change the appearance of their background, or remove it all together to share a presentation, watch a movie or sporting event together.

PCs from Acer, Asus, Dell, Fujitsu, HP, Lenovo and NEC are all scheduled to integrate the RealSense 3D camera to some of their products sometime in the second half of 2014.