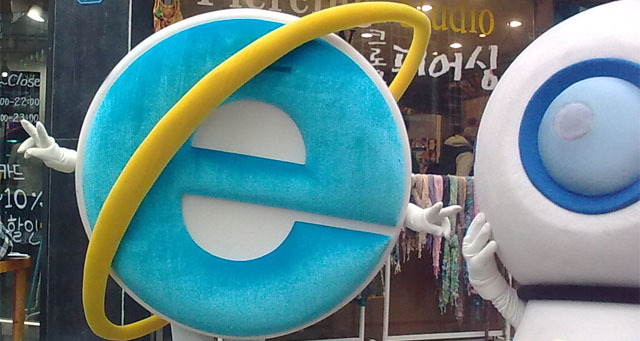 Continuing the trend from May, when IE gained usage share in the United States, the share worldwide has also increased in June. In a blog posting on Thursday, Ryan Gavin, Senior Director of Internet Explorer Business and Marketing, said the share increase was encouraging. "Usage share is simply one of several ways we evaluate our progress with IE. We certainly don’t judge our business on just two months of data but the direction here is encouraging."

In July 2009, Microsoft proposed a ballot screen to allow users to pick their default browser in Windows XP, Vista and 7. The European Commission accepted Microsoft's plans in December 2009 after the software giant agreed to randomize the ballot screen due to several complaints from rival software companies. The browser ballot screen eventually rolled out in March across Europe. Early indications showed that Internet Explorer 8 was losing market share initially. June's Net App share results show that IE usage share gained .88% in Europe this month.

Microsoft is currently developing its next update to Internet Explorer, version 9. Early platform preview releases have been downloaded more than 2 million times by developers. Microsoft originally unveiled Internet Explorer 9 at PDC 2009. IE 9 will take advantage of the power of the GPU for all page rendering and developers can exploit this using CSS, DHTML and javascript. A new JS engine (codenamed Chakra) will also be built into Internet Explorer 9 with greater interoperability and standards support all round. Features such as rounded corner CSS support will be built in.