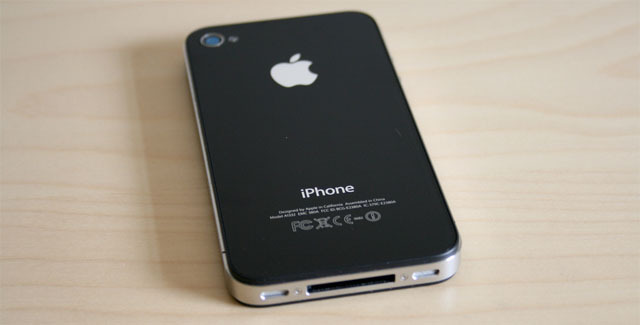 The first class action lawsuit against Apple and AT&T was filed on Wednesday in the United States District Court for the District of Maryland.

Gizmodo reports that the lawsuit focuses on the antenna issues that have plagued early iPhone 4 adopters. The suit makes several claims:

Apple's latest handset went on sale on June 24 and sold 1.7 million units in three days. Early signs of issues began when some customers in the U.S. began receiving their devices a day early on June 23. Thousands of users worldwide have reported the infamous antenna issue where signal quality degrades when the device is held with your left hand. Out of three iPhone 4 devices that Neowin purchased on launch day, two have the fault which is easily reproducible.

Steve Jobs' first reply to the issue was somewhat arrogant and void of any responsibility. "Just avoid holding it that way" he said in a reply to a customer email. The problem occurs when you grip the phone in your left hand, bridging both sides of the black strip in the metal band around the phone. Apple's PR outfit tried to play down the issue by claiming "gripping any mobile phone will result in some attenuation of its antenna performance." Apple's official response is to "use one of many available cases" to halt the issue.

The lawsuit was filed by Ward & Ward, PLLC and Charles A. Gilman, LLC. on behalf of Kevin McCaffrey, Linda Wrinn and a number of other iPhone 4 customers. Gizmodo reports it's not the same iPhone 4 class action lawsuit currently being considered by the California law firm that sued Facebook and Zynga. 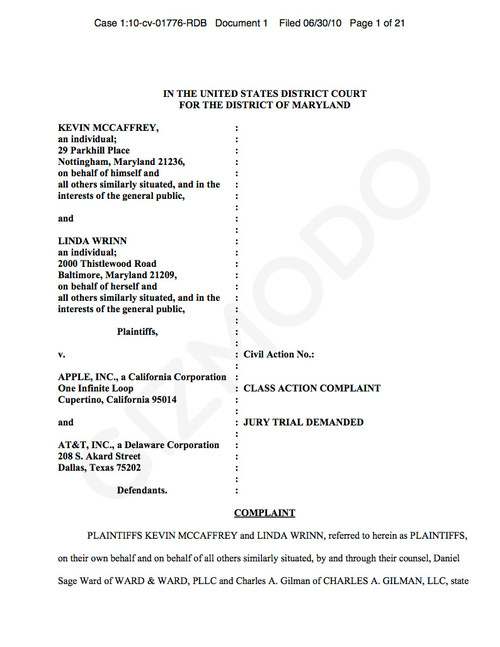