While Nokia and HTC have been playing the Windows Phone 8 game for around six weeks, Samsung has finally decided to join the party and allow the ATIV S to join in the hijinks and festivities. And the ATIV S has taken up the offer of a plus one; the ATIV Tab is tagging along. 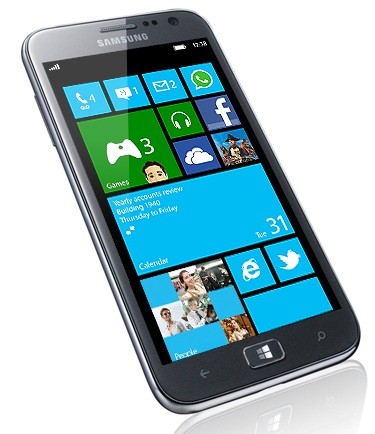 So, at long last, Samsung are joining in. But are they too late? The handset packs quite a punch, putting itself on the same pedestal as the Lumia 920 and the 8X for features and performance. There has been talk that Samsung has been putting more of its efforts into the Android handsets they offer, namely the Galaxy brand, so it’s yet to be seen just where Samsung go from here regarding the Windows Phone OS. A quick recap of ATIV S’ specs are below:

If you’ve been holding off on a Windows Phone 8 handset, and the ATIV S is the one for you, both Clove and Expansys are stocking the handsets.

That brings us nicely onto the ATIV Tab, Samsung’s Windows RT based tablet. While not too different from the Surface offerings, its cost is one that pretty much eclipses the Surface’s starting price of £399. Again Clove is selling the ATIV Tab. A quick recap of ATIV Tabs specs are below:

With the Surface not yet in stores and the ATIV Tab being more expensive, it could prove a confusing time for potential buyers, of either device. But would you be willing to pay the premium for the ATIV Tab over the Surface? It’s a lovely looking device, but a difference of over £130 is hard to swallow.