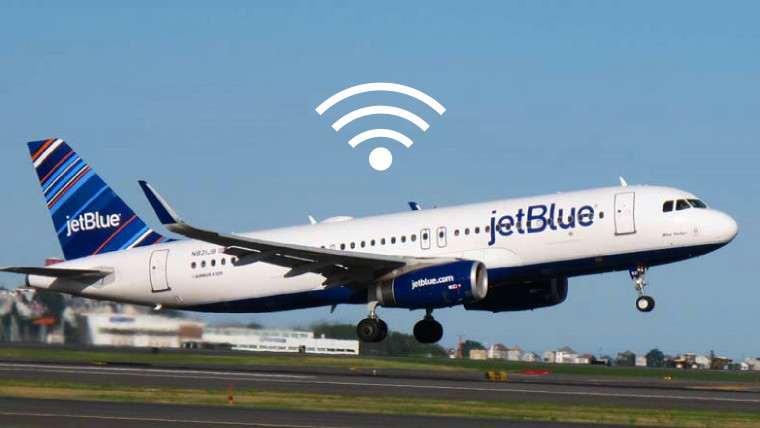 US airline JetBlue has come a long way since it began to offer free in-flight access to Yahoo email and instant messaging on a single plane back in 2007. The carrier was also the first to bring live TV to every seat on its planes, and it's now announced that it has completed the rollout of its Fly-Fi service to its entire fleet, promising "free high-speed Wi-Fi" for every passenger.

JetBlue operates a total of 227 narrowbody airliners on over 900 flights a day, and began upgrading them in 2013 to support its in-flight internet service. It says that Fly-Fi delivers "broadband speeds beating sluggish and pricey Wi-Fi offerings onboard other carriers".

It's encouraging passengers to "email, surf, stream, tweet and shop from the moment they board until they reach the arrival gate".

In addition to connecting multiple devices to the onboard Wi-Fi service, JetBlue says that its passengers can also stream content from Amazon Video to their devices, as well as earning points for "every eligible dollar spent" on Amazon.com while shopping on board.