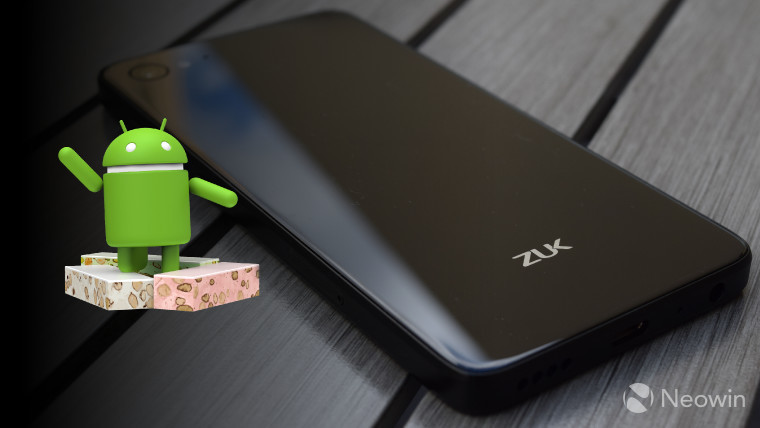 Google's latest official data shows that, so far, just 0.5% of Android handsets are running version 7.0 Nougat, almost five months after its release. More manufacturers are gradually beginning to upgrade their handsets to the newest versions of the OS, though, and Lenovo's ZUK brand will soon be among them.

A senior Lenovo executive confirmed on Chinese social network Weibo that it will soon upgrade two of its handsets to Nougat. ZUK's ZUI 2.5 update, based on Android 7.0, will make its way to the Z2 and Z2 Pro sometime next week.

Along with a less-than-perfect camera, the user interface - based on Android 6.0 Marshmallow - was one of our main criticisms of the ZUK Z2 when we reviewed it last year. Owners of the device will no doubt be hoping that the ZUI 2.5 update will bring significant improvements to address those concerns.

Last month, Lenovo unveiled the new ZUK Edge flagship, with a Snapdragon 821 processor, up to 6GB RAM, and 64GB of storage, priced from $330.