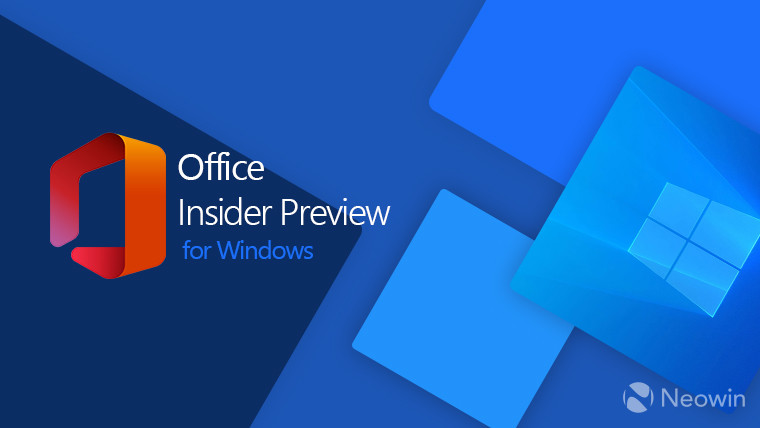 Microsoft has released the monthly Office Insider build for Windows users in the Current Channel (Preview). This channel was renamed from Monthly Channel (Targeted) back in June, which was originally known as the Slow Ring. This month’s update bumps the version to 2007 and adds a few new features to Excel, PowerPoint, and Outlook. Some features have been in testing in the Beta channel.

One of the improvements for Office apps across the board is the ability to insert High Efficiency Image File Format (HEIF) pictures from an iPhone. Apple added the ability for the iPhone to capture HEIF images in iOS 11. However, iPhone users have had to convert the images to a JPEG format before inserting them into the Office apps until now. It must be noted that users must have the HEIF Image Extensions installed. You can head to the Microsoft Store here to install the extension.

Excel is receiving the Sheet View feature that has been available for Beta Channel users. It was recently also released to macOS users in the Slow ring. Sheet view lets users create a personalized temporary view to manipulate data using filters when collaborating with more users. Excel is also receiving the LET function that lets users group repetitive calculations in a formula for easier readability and improved performance.

Other improvements to Excel include the ability to create PivotTables from Power BI data sets and performance improvements to the SUMIFS and its related aggregate functions. The functions now create internal cached indexes that can be reused when the same ranges are being used, resulting in faster calculations.

PowerPoint is getting improvements to Microsoft Stream video playback. Stream is the company’s enterprise video management tool. The service was integrated into PowerPoint a few months ago and today’s improvements bring faster playback for Stream videos in the presentation tool.

Lastly, Outlook is getting a few new features as part of the July updates. You can now quickly create pools in emails by directly inserting a poll from the Insert button (pictured above). This build also brings the ability to automatically restore open items from a previous session if they have been inadvertently closed. Other improvements include the ability to disable @ mentions from the settings and cloud-based backup of settings and signatures when setting up a new device.