Microsoft is gearing up for the launch of Kinect, an add-on for the Xbox 360 console that allows players to use an Xbox 360 without the need for a physical controller. Pre-orders opened up weeks ago on popular websites and stores and already are selling out.

Both Amazon U.S. and Best Buy are no longer taking pre-orders for Kinect, instead customers are presented with a "Coming Soon" message on most of these stores websites. Stores like GameStop and Wal-Mart are still taking pre-orders, according to businessinsider.com. 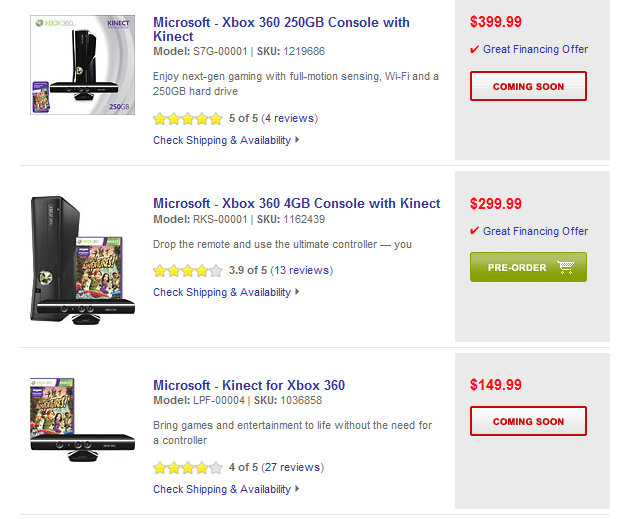 Some stores, including Best Buy, are still taking pre-orders for Kinect in bundles, like the Xbox 360 4GB console with Kinect, but these packages won't last much longer. Both the Kinect motion-sensor camera and Xbox 360 250GB console with Kinect appear to be sold out already across most major retail chains, in both the U.S. and Canada.

Thanks to Tech Star for the tip!