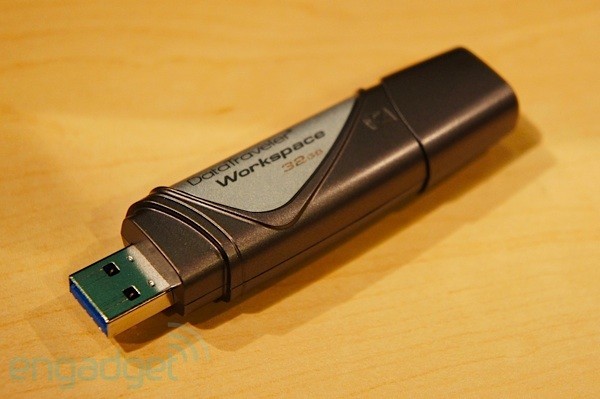 One of the features that Windows 8 has added for enterprise users is Windows to Go. As we have reported on before, it will allow people to copy their entire Windows 8 installation onto a USB drive, which can then be plugged into any PC while on the road for full access to a person's Windows 8 files.

This week, Engadget reports they got a chance to get some hands-on time with what appears to be the first USB Flash drive made specifically for the Windows to Go feature in Windows 8. It comes from well known memory and PC storage company Kingston, under the name of the DataTraveler Workspace.

The article states that this is no ordinary USB drive but rather one that also incorporates faster memory and a SandForce controller, making it similar to  SSD drives that are installed inside notebooks and desktops.

Pricing has not been announced but we suspect that the DataTraveler Workspace will be on the high end of the price range for USB drives.