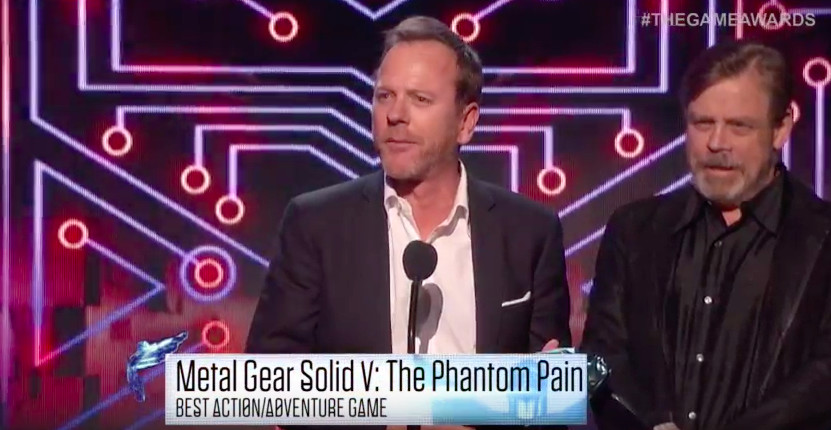 Although Konami has been fairly coy about its situation with acclaimed video game designer and former vice president Hideo Kojima, it looks like things were aired out at this year's 'The Game Awards', when Kojima was no-show.

Kojima and Konami's 'Metal Gear Solid V: The Phantom Pain' won the award for 'best action / adventure game'. Although Kojima was not in attendance, Kiefer Sutherland, who voiced the title's main character, accepted the award on his behalf.

It was after the award being accepted that the shows's executive producer, Geoff Keighley, let the world know exactly why Kojima was not in attendance. He explained that even though Kojima had every intention of making an appearance, a lawyer representing Konami had barred Kojima from attending the event and accepting the award. Currently, Kojima does have a non-compete clause in effect that will keep him on the sidelines until sometime in December. It is unknown whether he will shed light on the subject once his non-compete expires.

Source: The Game Awards via Polygon