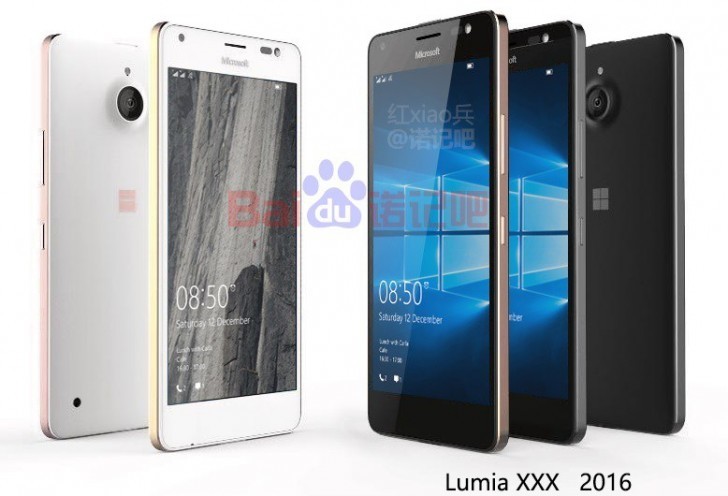 Earlier this month an unofficial render of Microsoft’s Lumia 850 surfaced online, showing what the next mid-range Lumia device may offer. While originally said to be a canceled project, images are now circulating that suggest the device is still on its way.

When the speculative render appeared online, profound leakster @evleaks claimed that the real device, codenamed ‘Honjo’, has a gold trim and highlights when opting for the white model. The handset shares a similar resemblance to Microsoft’s latest flagship devices, bearing the iconic style of recent Lumia handsets.

To back his claims, new images have now appeared from China, giving a better look at color variations of the device at launch. The image indicates that four color schemes will be offered, each with a unique metallic trim. As mentioned previously, the white-colored device will have the option of gold highlights, but the image suggests that a rose gold variation will also be offered. The black handset will come with a vibrant copper or traditional steel colored trim.

While no official announcement of the device has emerged from Redmond, the image claims that the device will release sometime in 2016.