Lenovo's Yoga Book is a device that's hard to describe. It's a tablet, a 2-in-1, and sort of a laptop. The keyboard isn't really a keyboard at all, but instead it's a touchscreen, which allows the keyboard to disappear at times to allow the user to take notes or draw.

The device comes in two flavors: Android and Windows 10. Just in case you missed it, we've already reviewed the Android model, so here's our review of the Windows version.

Upon unboxing the Windows version of the Yoga Book, I wasn't really surprised by anything, as I had been using the Android model for a couple weeks already. Here are the first impressions:

AnyPen technology is exactly what it sounds like, and it's my favorite feature of the Yoga Book. You can use any pen that you want with the display.

This might not sound like such a big deal, but if you've got enough computing devices, you're probably starting to accumulate a collection of pens, and they likely all use different technologies, rendering them incompatible with each other. Luckily, you can grab the one that's closest to you for use with this device.

AnyPen is enabled by default on the Windows model, which is not true of its Android counterpart. It's also worth noting that this applies to the display only, as a Wacom pen must be used with the Create Pad.

Lenovo has been very clear in saying that the Yoga Book is primarily a tablet, so don't be surprised when I tell you that you're not going to want to use this as your main laptop. As with all laptop-style devices, I attempted to write my review on it, and it didn't work out. 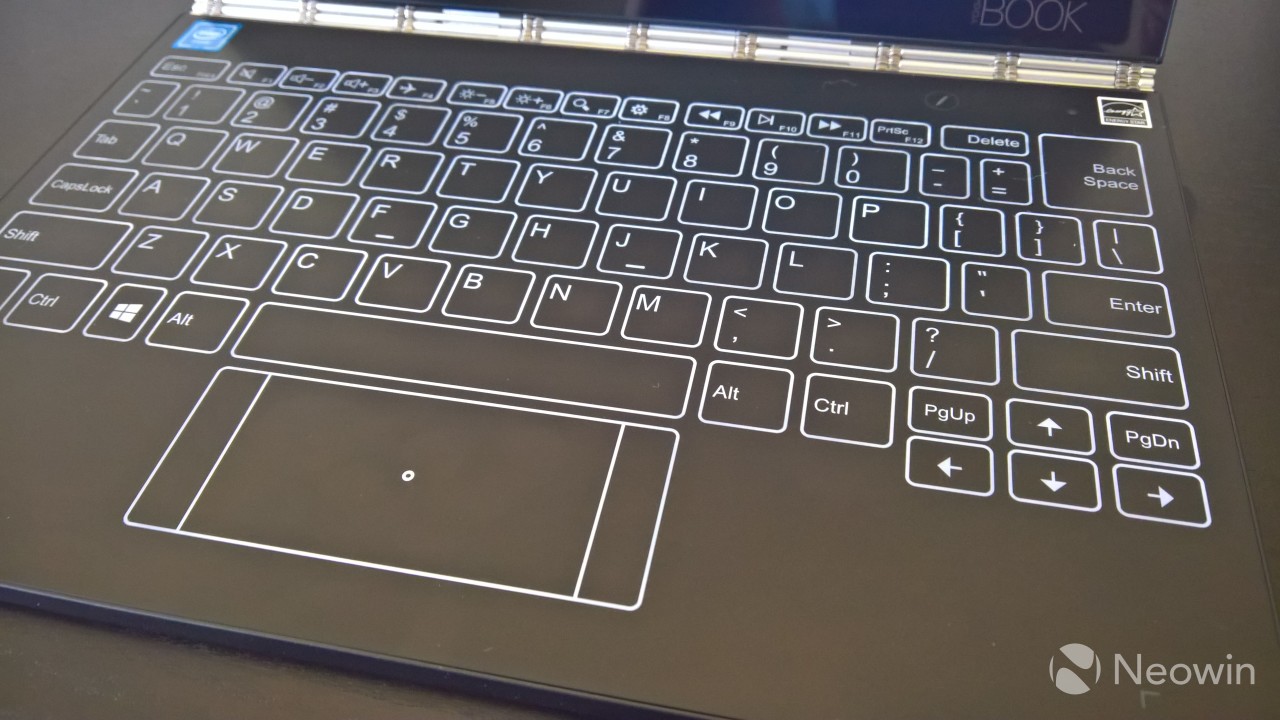 On a tablet, an onscreen keyboard can take up half of the display. That's the main thing that the Halo keyboard aims to solve, but for me at least, it still isn't as comfortable as typing on a regular keyboard, or even a touchscreen keyboard.

The device promises haptic feedback, but it feels like little more than vibrations when you hit a key. If you were expecting it to feel like a click in the way that Apple's MacBook does, you'll be disappointed.

But at the same time, it doesn't work as a touchscreen keyboard because it's meant to allow you to rest your fingers on it. You have to press harder than you would on a regular touchscreen, but without the feel of actual keys.

One thing that I definitely want to get across here is that the Yoga Book is meant to be a tablet, so you should think of the Halo keyboard as a sort of bonus feature that allows you to do more, rather than a laptop with a keyboard that restricts you to do less.

There's a pen icon on the top-right side of the Halo keyboard and when you press it, the keyboard disappears, the device opens OneNote, and you can begin to take notes with the Create Pad. On its own, this feature is a bit awkward. Writing on an area while the text is appearing on another was tough for me. Keep in mind, of course, that with AnyPen, you can simply write on the screen.

And that brings us to the Book Pad. That's right; you can use this device with a real pen and real paper. By placing the Book Pad on the Create Pad, you can write on it and have everything show up in OneNote. You'll need a special attachment for the included pen.

Some may mock the idea of a pen with actual ink, but this could certainly be useful for people that write their notes on paper and would like an easy way to digitalize them, or need both.

I did, however, find this to be a somewhat cumbersome solution when it came to the Real Pen itself. Not only will you need to keep track of a pen, but you'll want to make sure you don't lose the inserts either. It's also kind of annoying just to have to swap between the regular Wacom insert and the one with ink.

This seems like a good time to talk about the differences between the Windows and Android models, and the pros and cons of each.

Personally, I love OneNote, and it's where all of my notes are, but there are certainly pros and cons in this department. OneNote is a powerful application, and it definitely beats the Note Saver app that's used in the Android model. Note Saver is designed specifically for this purpose, while OneNote is designed to be a more robust, cross-platform application. There's no reason to go any deeper than that because frankly, this isn't a OneNote review.

But being designed for with the Yoga Book in mind certainly has its advantages. For example, when you hit the pen key on Android, it opens Note Saver and you can immediately begin writing a new note. On Windows, the first thing that happens is the OneNote icon shows up, you either tap it or hit volume-up, the app launches into fullscreen mode, and it's on the last page you were on. If you want to start a new page, you now have to exit fullscreen mode, start a note, and reactivate fullscreen mode if you wish.

Another advantage that Android has is that you can take notes while the device is asleep. While using the Note Saver app, you can hit the power button to put it to sleep, continue writing on the Book Pad, and it will all be there when you turn the screen on again. That's not the case on Windows.

I started with OneNote because it was a nice segue from the last section, but Windows Ink is the feature that shines on the Yoga Book, or at least the one that gives it a real edge over Android.

If you're not familiar with Windows Ink, it first arrived in the "Anniversary Edition" (as Lenovo calls it) of Windows 10. By clicking or tapping a pen icon in the taskbar, you can open the Ink Workspace, which provides shortcuts to Sticky Notes, Sketchpad, and Screen sketch, as well as your recently used apps that support pen input, such as Edge, OneNote, Photos, and Maps. 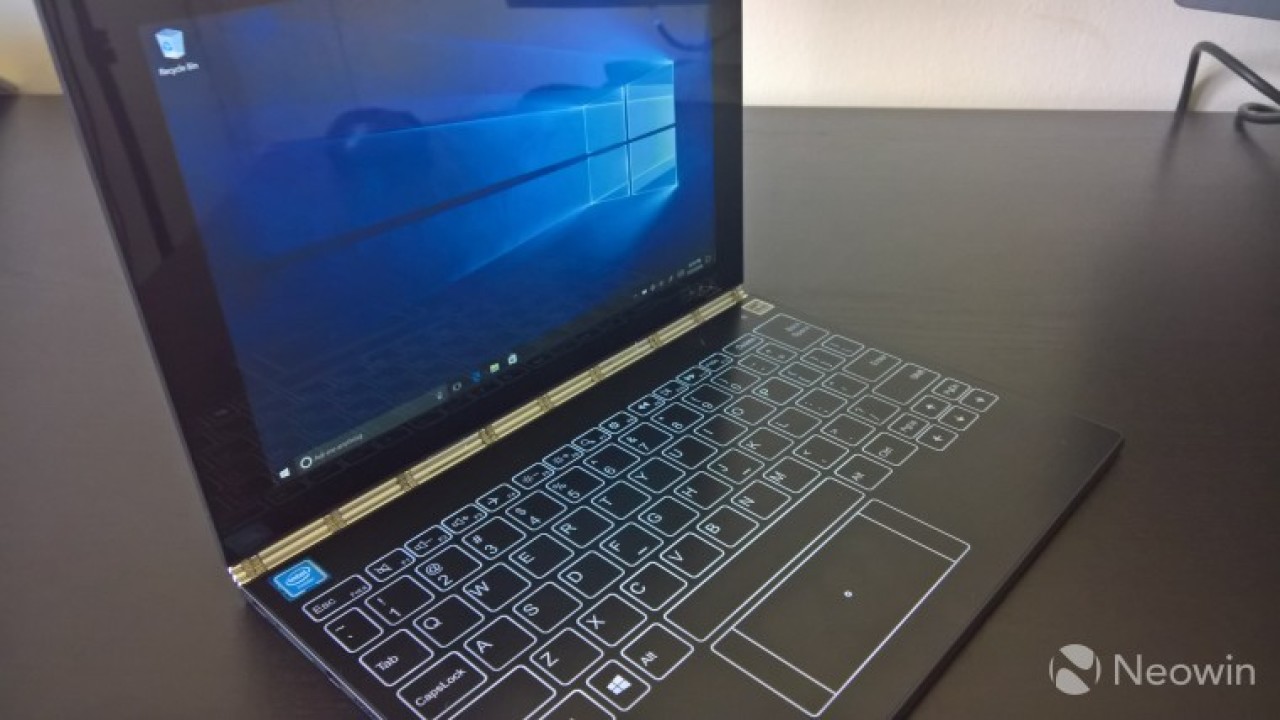 Sticky Notes is an app that's been overhauled in recent months, finding new life as a UWP app. It's pretty much virtual Post-its, but with some new benefits. The device will use handwriting recognition to see things like dates and turn them into hyperlinks that will open Cortana, allowing you to set a reminder.

Sketchpad is exactly what it sounds like, in that it allows you to draw, and Screen sketch takes a screenshot and lets you write on it.

But there are tons of apps that support pen input. Edge lets you write on webpages, and Photos will let you draw on - you guessed it - images. Annotating maps in the Windows Maps application can be super useful, as it also allows you to draw routes, telling you the distance.

Windows Ink is really one of the pros of buying the Windows 10 model over the Android model, as Android simply can't do the things listed here, at least without third-party applications.

You're probably familiar with the two ecosystems, but while Windows and Android both offer a plethora of apps, the selections are very different. Windows has an excellent selection of productivity apps, although they're mostly of the Win32 variety.

As far as consumption apps go, Android simply has Windows beat. Remember, the Yoga Book is a 2-in-1 that's a tablet at heart, so you might want apps that are optimized for tablets. You won't find Amazon Video, Amazon Music, Apple Music, YouTube, Spotify, and more in the Windows Store.

Of course, you can get Apple Music through iTunes and most other services through your browser, but that experience definitely isn't optimized for a touch input.

The Windows Store does, however, have excellent apps for Netflix, Hulu, and a few other services.

The Windows model only comes in Carbon Black, unlike the Android version, which offers additional colors, such as Gunmetal Gray and a Champagne Gold option that's coming soon. It's just 9.6mm thick, which is thinner than some smartphones, and that's something of a feat when you consider that the Yoga Book has a separate keyboard. 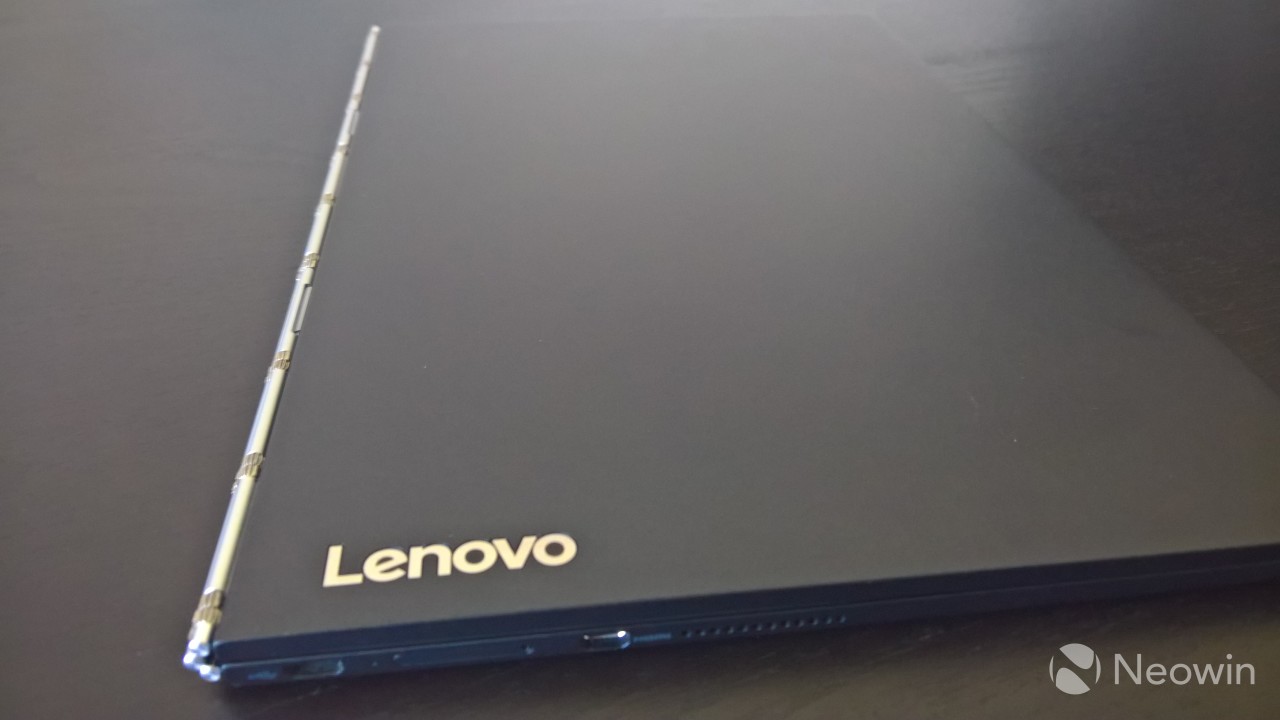 It's also 690-grams, which is a little heavier than a fourth generation iPad. It's certainly among the thinnest and lightest 2-in-1s, but it makes sacrifices to fit those dimensions. That's why, as I'm mentioned numerous times, the device is meant to be used as a tablet primarily, and it's super comfortable as such.

One thing that can be hindering - especially on a Windows device - is a lack of ports. The only ports you'll find on the Yoga Book are a single micro-USB and a single micro-HDMI port. If you want to plug in a mouse or a separate keyboard, you'll either need Bluetooth peripherals or a micro-USB to USB Type-A adapter.

It also takes a really long time to charge, lacking Qualcomm's Quick Charge technology due to the Intel chip (of course, a Qualcomm chip would render it ineligible to run Windows). USB Type-C would have been a nice touch to give it some extra juice, and I'm really not sure why the company went with micro-USB. 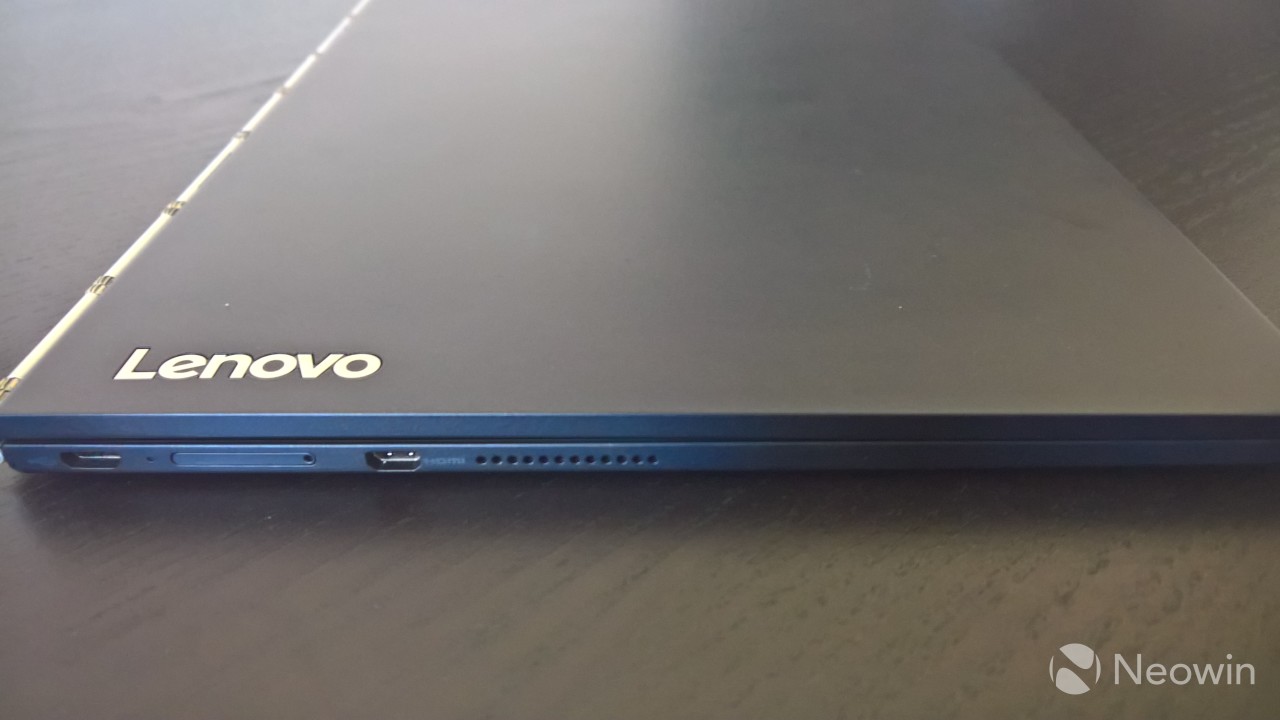 The hardware is exactly the same as it is on the Android model, so there's the same beautiful 1920x1200 IPS LCD. Lenovo says that it has a 16.7 million color depth and a brightness of 400 nits.

I think that between the vibrant display, and the thin and light form factor, users will be very happy with the tablet functionality of the device. Of course, you can use it in a "tent mode" as well, as you might with any 360-degree device. You can fold the display into any angle that you want.

Lenovo's Yoga Book sports an Intel Atom-x5 processor, which has four cores clocked at 2.4GHz. There is also 4GB of RAM and 64GB of storage, so clearly this isn't going to be as powerful as your main PC. Intel's Atom series is meant for mobile computing.

Don't expect to be able to run Visual Studio on it (or have enough storage for some installations), or other heavy apps such as Adobe's Creative Cloud suite. I found Office to do quite well, as well as any Windows Store application.

And then we have benchmarks, for which we'll use AnTuTu. 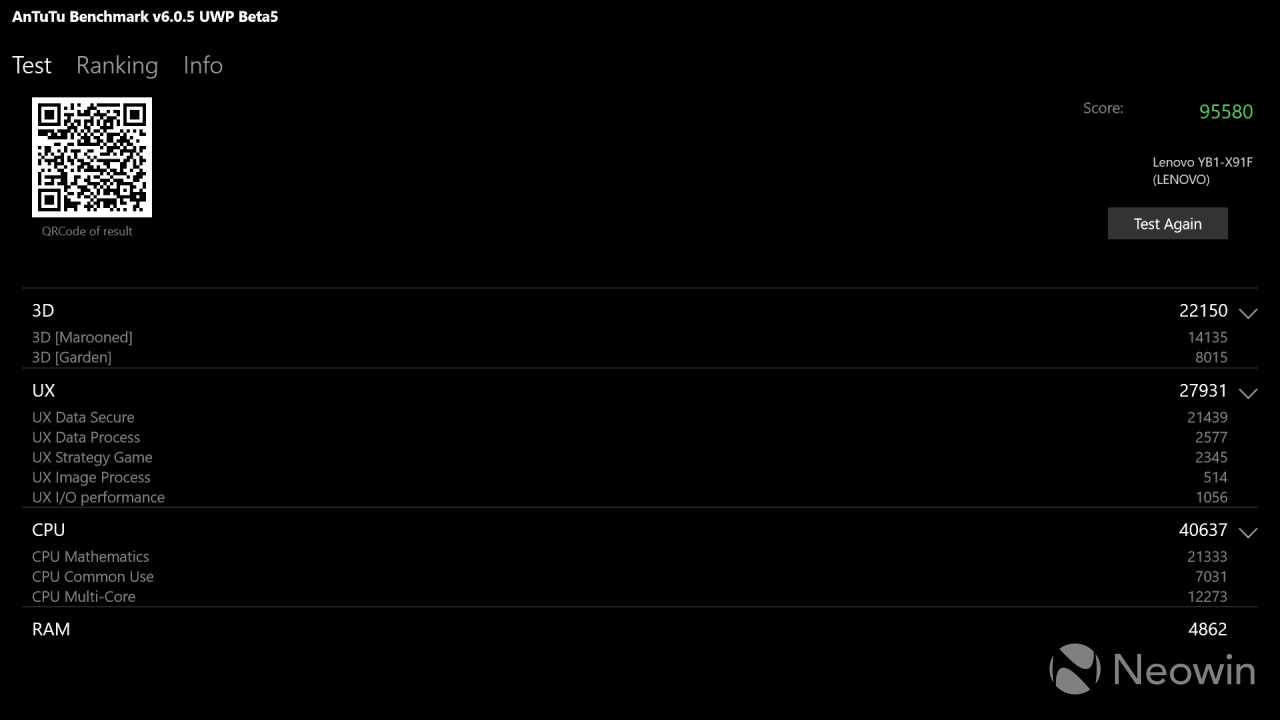 The Windows model gets a better overall score than the Android model, which got 89,365. Interestingly, the only single area where the Windows variant did better was in CPU.

To put it simply, if using a pen as input on Windows is something that you're interested in, the Lenovo Yoga Book is most certainly for you. It's like this machine was designed with Windows Ink in mind, and it's really fantastic.

If you're looking for a replacement for your work laptop, the Yoga Book is not for you, unless you plan to supplement it with something that has a keyboard. Of course, if you're the type of person that thinks that a tablet can replace your laptop because all you do is check email and Facebook, you could certainly do worse than a Yoga Book.

Ultimately, there are certain use cases that the Yoga Book is perfect for. Just don't go and buy it thinking that it could replace your work laptop. Buy it because you're looking for a tablet that does more than your average device. 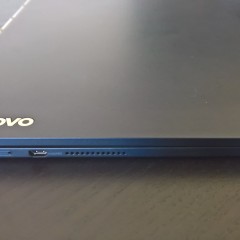 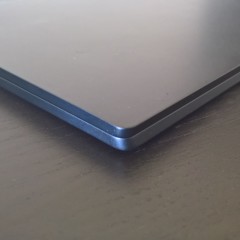 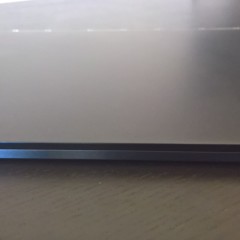 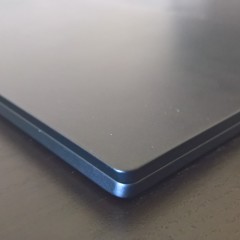 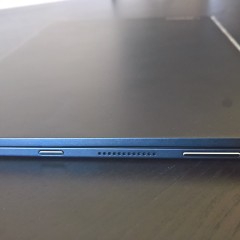 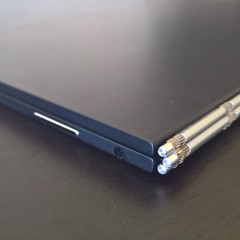 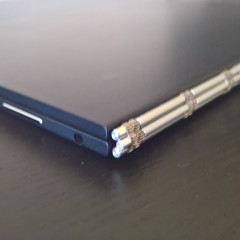 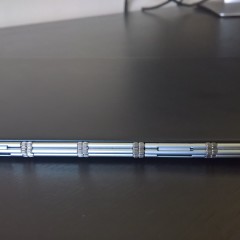 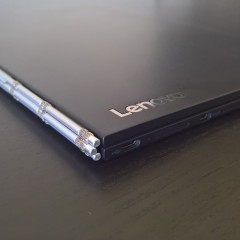 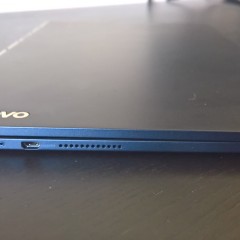 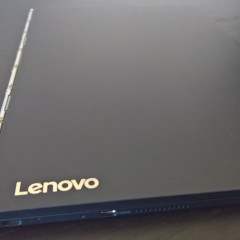 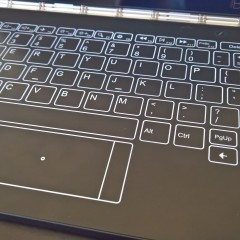 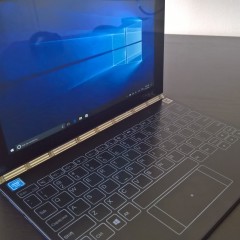 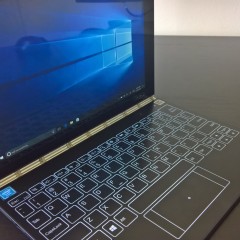 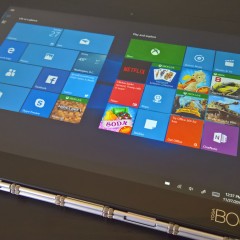