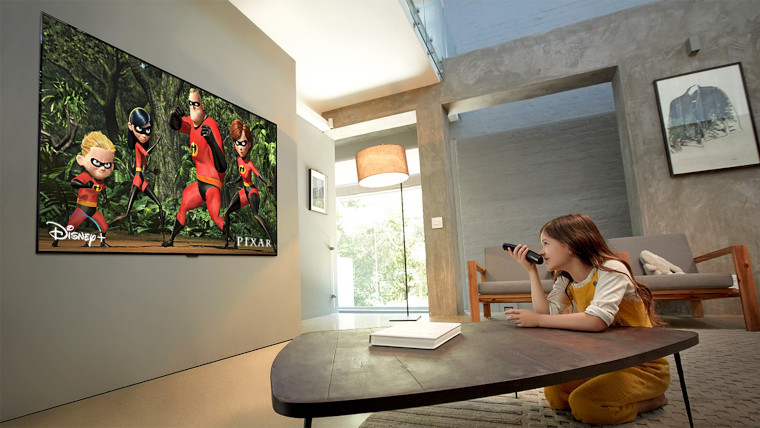 LG has announced the rollout of its 2020 TV line-up which incudes the art-inspired GX Gallery series, OLED ZX Real 8K models, and 4K Ultra HD TVs. Each of the new TVs support the latest HDMI specifications such as eARC and ALLM which will provide high-quality audio and lag-free video. Additionally, 12 of the sets support Nvidia G-Sync which enhances the gaming experience.

The new GX Gallery series includes three TV screen sizes: 55-, 65-, and 77-inches. According to the firm, these OLED devices are designed to be minimalist. The screen, for example, doesn’t require a backlight thanks to “revolutionary panel technology”. As the backlight technology has been omitted, the TV is just 20mm thin (65-inch model), making it great to hang on the wall just like a picture.

LG’s OLED ZX Real 8K is available in two models: 88 OLED ZX and 77 OLED ZX. As you can probably guess from the name, its headline feature is support for 8K content, which is four times the resolution as 4K content and 16 times that of Full HD. Discussing the models, LG said:

“To guarantee a real 8K experience, LG’s TVs meet and exceed the industry definition for 8K Ultra HD TVs as defined by the Consumer Technology Association, making them among the first 8K models qualified to use the CTA 8K Ultra HD logo.”

Most of the 2020 OLED and 8K NanoCell TVs carry the new Alpha 9 Gen 3 AI processor to boost picture and sound quality to heighten viewers’ sense of immersion. The new processor builds on what LG learnt with the first two iterations of the processor.

The new displays will go on sale in the United States and South Korea this month and then arrive in Europe and other regions after that. No pricing has been unveiled just yet.