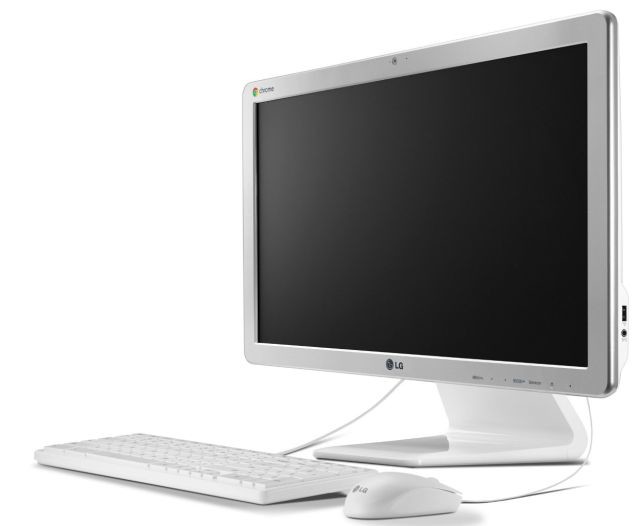 We have seen Google works with PC OEMs to launch cheap notebooks, Chromebooks that run on Chrome OS and we have also seen small Chromebox desktops with the OS. Today, the first ever Chrome OS all-in-one PC, the LG Chromebase, got a launch date and price for the U.S. market.

The LG Chromebase, which has already gone on sale in Australia, has a 21.5-inch screen, Intel Celeron 2955U Haswell processor, 2GB of RAM, and 16GB of SSD storage. It will also come with 100GB of free storage space via Google Drive for two years. The PC will go on sale for $349.99 starting on May 26 at online retailers such as Amazon, Newegg and others.

Today's LG reveal was just one in a series of Chrome OS announcements from both Intel and Google. Later this year, PC makers such as Dell and Acer will release new Chromebooks that have Intel's fourth-generation Core i3 processors. Other Chromebooks will have Intel's upcoming Celeron Bay Trail-M system-on-chip processors that up to 11 hours of battery life. Intel said that 20 Chrome OS-based devices already have or will have processors from the company inside by the end of 2014, up from just four in 2013.