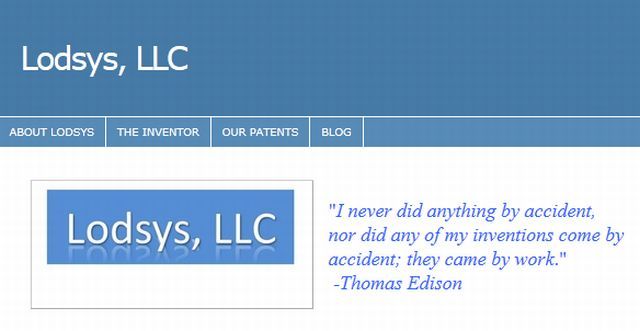 A number of companies who make applications for Apple's App Store found themselves with a big lawsuit filed earlier this month by a previously unknown company called Lodsys. This company claims that these app developers violated a patent that Lodsys claims ownership of. The patent, filed in 2003 deals with "information from units of a commodity across a network." Apparently Lodsys feels that apps that allow for in-apps purchases violate Lodsys' patents. Some developers who got hit with the lawsuit asked Apple for help. A few days ago Apple responded saying that they have actually secured the rights to use the patents from Lodsys and that the agreement also covers applications made by third party iOS apps.

Now Lodsys has gone on the offensive again, posting several new entries on its official blog site. One of them confirms that it has sent lawsuits to several developers, saying "Lodsys chose to move its litigation timing to an earlier date than originally planned, in response to Apple’s threat, in order to preserve its legal options." Engadget has a list of some of the developers who have been hit with Lodsys's legal attack. Lodsys also disputes Apple's claims, saying "Developers relying on Apple’s letter do so to their own detriment and are strongly urged to review Apple’s own developer agreements to determine the true extent of Apple’s responsibilities to them."

In the oddest blog post, Lodsys also offers to give each developer it is suing or will sue in the future $1,000 "if it turns out that the scope of Apple’s existing license rights apply to fully license you with respect to our claim relating to your App on Apple iOS." It adds, " ... we are willing to put our money where our mouth is and pay you something if we are wrong." This $1,000 offer only applies to iOS app creators, according to Lodsys.