World Cup fever is slowly growing as the tournament approaches, and many around the world are already planning how they will keep up with all the action in Brazil. In a vibrant and multicultural city like London, there will be supporters not just of the England team, but also of national teams from across the globe.

With most of London's citizens and visitors owning smartphones, it won't be too difficult to stay informed on the latest scores for most of the time - but of course, that quickly changes as soon they go underground, into the depths of the capital's metro system, beyond the reach of cellular signals. Many of the city's commuters will therefore be delighted by news that they will still be able to keep up to date with the latest scores on the London Underground network. 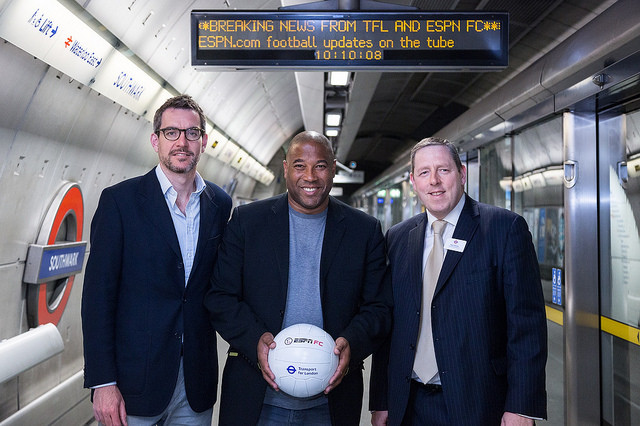 London's transit authority, Transport for London, has joined forces with global football website ESPNFC to bring news, results and score updates to London Underground's train departure boards at over 140 stations, ensuring that travellers will be able to stay updated on all of the developments from Brazil.

All stations across the entire Central, Northern, Bakerloo and Jubilee Lines will offer these updates alongside train departure information on their platforms. Additionally, around 400 service update boards, located in the entrances of tube stations across the network, will also feature the World Cup info. 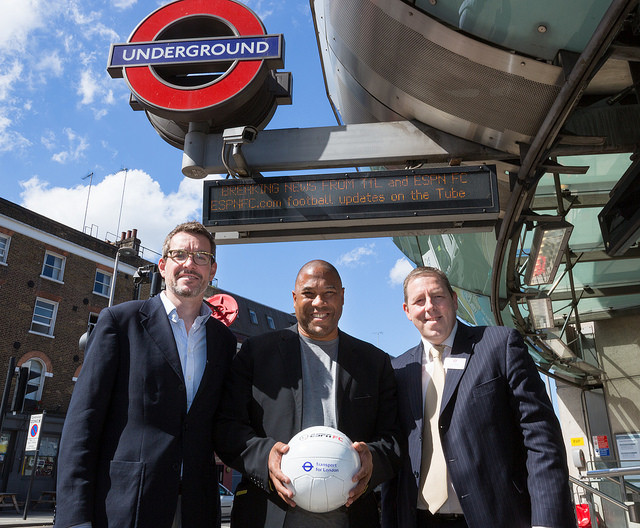 While some tube stations now have Wi-Fi access, provided by Virgin Media, there are still many that do not. Wireless internet access is available free to some users, dependent on their mobile network, but others have to pay for this access.

London Underground managing director Mike Brown said: "This is a great way to keep our passengers up to date on the football and we are really pleased to be teaming up with ESPNFC to deliver this. It also generates a bit of money to allow us to keep investing in further improvements to the tube network."

The partnership will kick off this Thursday, June 12, in time for the match between Brazil and Croatia, and will continue until Monday, July 14.

images via Transport for London