Earlier this month, Nokia took the wraps off its two new Windows Phone 8 devices, the flagship Lumia 920 and the Lumia 820, with microSD support and colourful interchangeable 'shells'. These devices sit in the mid to upper echelons of the range of smartphones available out there - and so far, Nokia hasn't yet revealed much about how it plans to fill the mid-range and entry-level with next-generation handsets.

It seems that, for Nokia at least, it will take time for Windows Phone 8 to trickle down to those levels. Chinese site Baidu reports that Nokia plans to introduce a new entry-level device that will launch - perhaps exclusively - in China. The name of the device - Lumia 510 - was revealed in certification documents obtained by the site, along with these images of the handset. 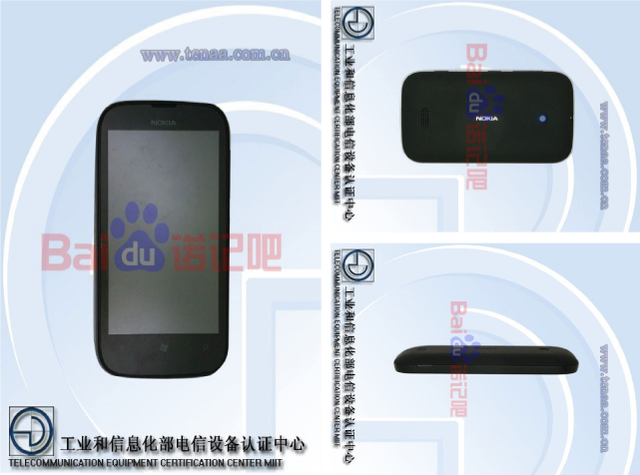 Significantly, this won't be a Windows Phone 8 handset. Instead it will run the newest version of its predecessor, Windows Phone 7; depending on the timing of the device's launch, it could launch with Windows Phone 7.5 ('Mango'), but it's more likely to have Windows Phone 7.8 on board, prominently featuring the same Start Screen as its bigger brothers.

If all this sounds a bit familiar, it should. Earlier this month, we reported on leaked information of a new device, codename 'Glory', which was believed to be replacing the Nokia Lumia 610. The specs of the Lumia 510 seem to match those of Glory pretty well, and it now appears that Glory could sit as a new entry-level handset below the 610's successor. Meanwhile, another Lumia handset in development was also revealed this month: a "Zune-like" device with a 1GHz dual-core processor and 8GB of storage, codename 'Zeal'.

Source and images: Baidu | via WPCentral

Addendum: One detail worth noting is that the render sports an old-style Windows flag. That's not to say that that immediately invalidates it by any means - we frequently see renders with anachronisms; at Nokia's own Lumia 920/820 launch, device renders featured outdated SkyDrive icons, for example. It could indicate that these renders are themselves old, which may hint at slightly different looking hardware by the time this thing's ready for launch.