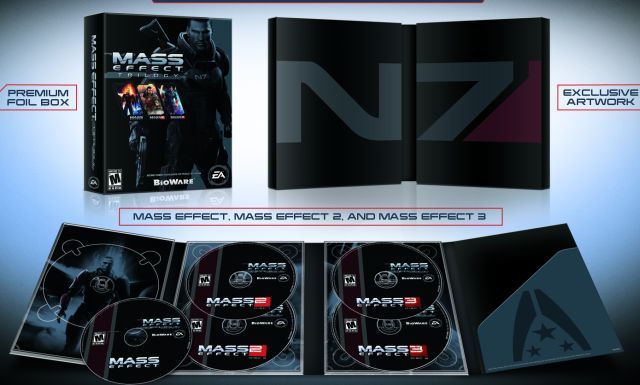 If you have been sitting on the sidelines wondering what all the fuss is about with BioWare's Mass Effect series, the developer and publisher Electronic Arts will soon make it easy for everyone to get all three games at once.

BioWare has announced that Mass Effect Trilogy, a compilation of all three games in the acclaimed sci-fi action-RPG franchise, will be released to retail stores for $59.99 on November 6th in a new, and nice looking, box on five disks.

PC owners will be happy to know that much of the DLC content created for all three games will be available for the Mass Effect Trilogy release. BioWare states: