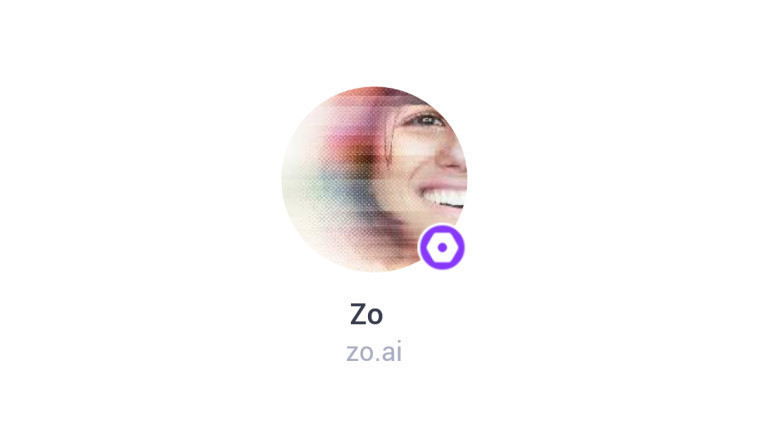 Microsoft Tay was wiped from the earth just as fast as it learned how to be a homophobic racist chatbot.

The AI proved to be quite a mess, as users quickly influenced Tay's responses and algorithms. In many ways, it was not the bot's fault as being at the mercy of Twitter trolls would surely turn anything into a frenzied nutjob. One could view the ordeal as an exemplary socio-cultural experiment reminiscent of Marina Abramović's Rhythm 0, (1974).

In a sense, Tay was a blank canvas ready for the whimsical and nonsensical questions posed by an intrigued and proven destructive audience. It did its job, perhaps not very well but it was able to learn and adapt very quickly over time. So how is Microsoft Zo any different from Tay?

For one, it's is a little more quirky and perhaps even childish. Zo does not yet appear able to construct concise responses, like one would expect from Google's Assistant. The bot often forms smart, but misguided responses that do not appear to lead into forming a larger dialog.

It is still quite early to judge Zo, as with Tay, the bot will learn and adapt over time, which hopefully is for the best. At the moment, Zo is only available through Kik messenger and considering Kik's user base, is quite an intriguing market to test a bot.

According to DMR Stats, over 60% of people who use bots on Kik messenger are aged between 13-19, and roughly 40% of all US users of Kik messenger are either young adults or teens. Perhaps, this is Microsoft's intended demographic, which may also explain Zo's 'millennial' nature. However, despite Microsoft's efforts to avoid Zo generating inappropriate responses, it could just be a matter of time before Zo faces the same corruption as Tay at the hands of skillful, and willful teenagers.

Nonetheless, if you would like to test out Microsoft Zo, download Kik messenger on either iOS, Windows 10 Mobile or Android. Just search for the username "zo.ai" to get started.