We don't know too much about the next version of Office, let alone Outlook, but a user over on The Hot Fix has discovered something interesting. A user by the name of "fivestar" posted pictures of what is supposedly Outlook.Next, and it appears the interface has had an entire Metro UI overhaul.

The user is credible, having posted confirmed screenshots of Windows 8 before it leaked and also posting up images of a keygen for Windows 8 from internal Microsoft resources. What is interesting about these screenshots is that the user blurred out everything most likely to protect the identity of the person who leaked the information.

The screenshots appear to be real, and also line up with where Microsoft is headed with Metro UI on Windows Phone, Zune, as well as in Windows 8. We don't expect to see Office.Next for a few years yet, but this screenshot appears to show that the Office team is coming along quickly with the release. While there are some general inconsistencies in the screenshot, this is an early build of the software.

Thanks for the tip Anon

Update: Neowin can confirm that this screenshot is real, with a reliable source that goes by the name of sp3ciali5t on Twitter posting a screenshot that lines up with the design changes, in an older build. 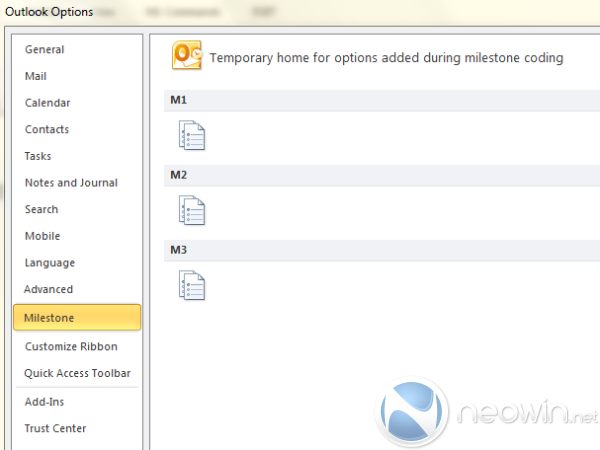