Microsoft's support for the sci-fi movie sequel Star Trek Into Darkness has been considerable over the past several weeks, thanks to efforts such as the official movie apps for Windows 8 and Windows Phone 8 and putting the Klingon language into the Bing Translator website.

Microsoft has revealed another tie-in to the new movie, with news that the Bing.com home page will have a "special homage" on its home page to Star Trek. People who type in one of the "secret phrases" in the search bar will see the page do something that's actually pretty cool. You can get one of the phrases by going to the Bing.com Facebook page.

Once you get to the special Easter Egg section of the Bing home page, make sure you click around the page to unlock some more cool wallpaper images such as the one above. 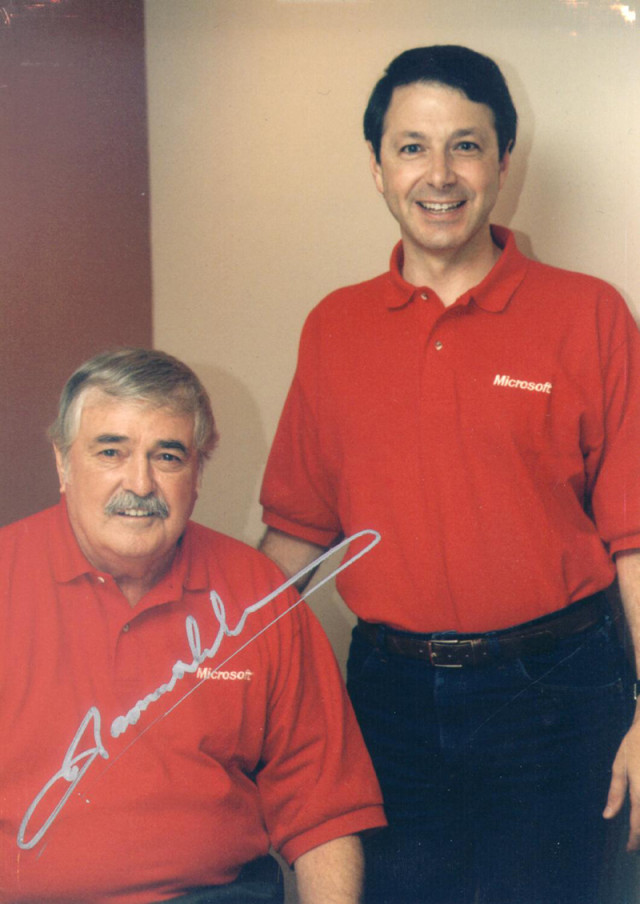 Microsoft's press release also talks about how Rick Rashid, the company's chief research officer has been a Star Trek fan since watching the original TV series in high school. Rashid says, "The whole idea of looking out toward the future and constantly trying to discover new things — those themes have always appealed to me."

Rashid's office is filled with Star Trek items such as the signed photo that has him standing next to the original Scotty, the late actor James Doohan, when he visited Microsoft for a special event years ago. The article says that Microsoft Research is working on new technology projects that sound a lot like what has been shown in the Star Trek movies and TV series. It states:

A few months ago, MSR researchers with backgrounds in computer vision and machine learning came up with a way to make the elevator in their building automatically open whenever someone walks up to it — just like the doors on the Starship Enterprise, Rashid says.