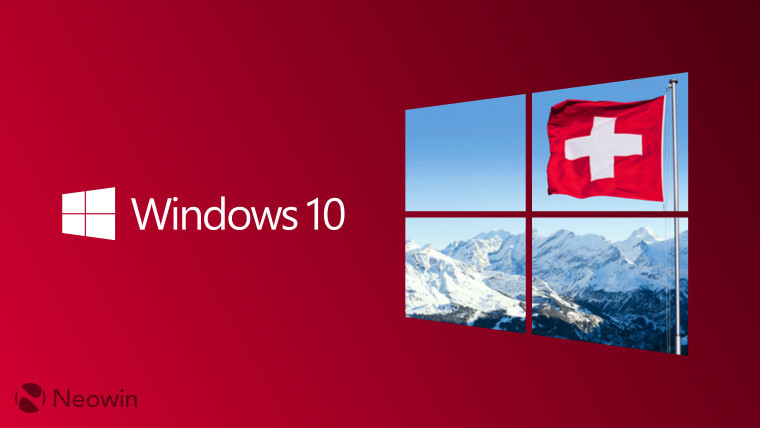 Earlier this week, Microsoft announced new privacy tools for its users, including the launch of a web-based privacy dashboard, along with a new set-up experience for Windows 10, offering greater control for users over the data that is collected and shared with the company.

Microsoft said that its decision to introduce these new features was "based on [user] feedback", but it appears that it was also influenced by concerns raised by Swiss regulators about its data collection in Windows 10. As Reuters reports, Microsoft had been under investigation since 2015 by Switzerland's Federal Data Protection and Information Commissioner (FDPIC), which said that "data processing in connection with Windows 10 did not conform in every respect with the [country's] data protection legislation".

Specifically, the FDPIC said that the default 'Express settings' option - presented on the 'Get going fast' page during the Windows 10 setup experience - activated extensive collection of users' data. This included location data, browser and search history, keyboard inputs, and more - and all of this data was automatically sent to Microsoft without the user being made clearly aware.

Further concerns were raised over the transparency and clarity of information presented in some settings, particularly with regards to the type of data being collected, and for how long it would be stored.

Microsoft cooperated with the FDPIC's investigation, and made a series of proposals to authorities to address their concerns. As a result of Microsoft's proposals, and after the company agreed to adopt them with additional recommendations, the FDPIC said that there was "no need for court proceedings", and confirmed that it had closed its investigation.

"The technical implementation of the modifications requested by the FDPIC will be carried out worldwide as part of the two Windows 10 software releases planned for 2017," the FDPIC explained.

Microsoft said on Tuesday that its new OS setup experience will be introduced as part of the Windows 10 Creators Update, the first of its two major updates to the OS this year. Given the FDPIC's statement, it seems that we can expect further privacy improvements in the second of those updates, currently known as Redstone 3, when it arrives in the second half of 2017.