Imagine Cup has come to a dramatic end and Microsoft has announced that Ukraine has won with their innovative EnableTalk application which we have covered in-depth here.  Overall, it was another fantastic event for Microsoft as Imagine Cup is now in its 10th iteration and the competition is growing in complexity and competitors.

This year, more than 350 students in 106 teams from 75 countries traveled to Sydney to compete in the worldwide finals for Imagine cup where Microsoft handed out approximately $175,000 in cash to the winners across eight different categories.

The Imagine Cup finals were carried out over 5 days and featured intense presentations from teams across the world who are introducing game-changing and innovative solutions to problems facing many individuals from all walks of life. While the Ukraine team took the top prize, the truth is that every one who participated in the competition all year long are winners as they are changing the world for the better.

As this competition comes to an end, Microsoft announced that the competition for 2013 will be held in St. Petersburg, Russia. If you are interested in competing, make sure to keep an eye on ImagineCup.com and Neowin as we will be bringing you all the announcements as Microsoft makes the information available in the coming months.

You can read all about the winners here and you can also check out the winning team's website here too. 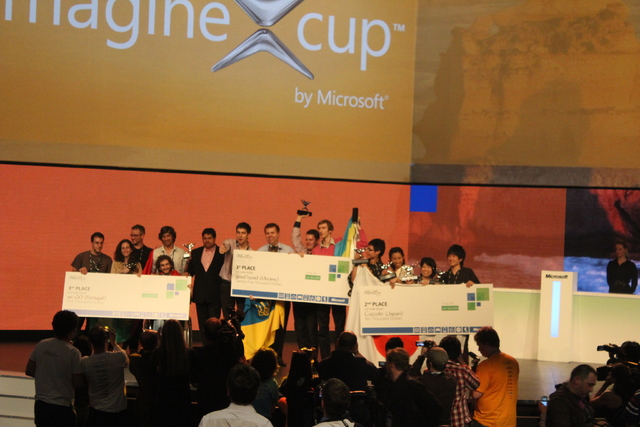