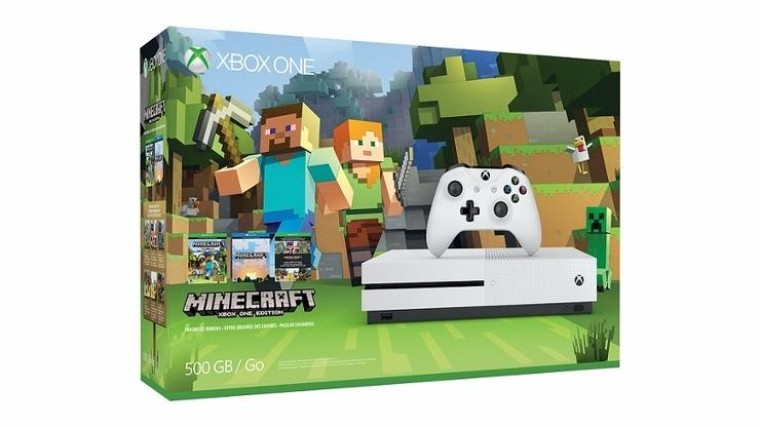 Since the launch of the Xbox One back in 2013, Microsoft has attempted to encourage sales by bundling in games when you buy a new Xbox One console. Even though the Xbox One S just launched, it is also getting bundled in with games like Halo 5: Guardians and the upcoming Battlefield 1. With Xbox One S bundles starting to become a regular occurrence it may come as no surprise that Microsoft is bundling another one of its best-selling franchises with the console.

Starting today in the United States and Canada, you can buy the Xbox One S Minecraft Favorites bundle. This bundle includes a 500GB Xbox One S along with several Minecraft goodies, which include:

The bundle will cost you $299, the entry-level price point for a new Xbox One S and is available via the Microsoft Store now. For those outside of the United States and Canada, Microsoft offered a timeline for the release of the Minecraft Favorites bundle in the following markets: