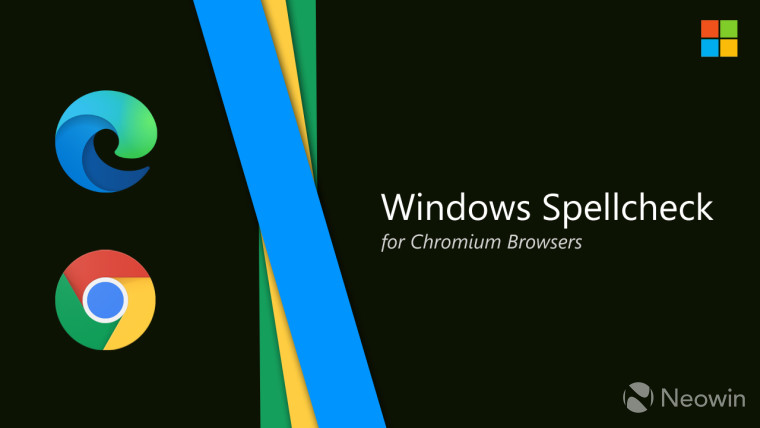 Microsoft is introducing a new spell checker on Windows 8.1 and newer for all Chromium browsers, which improves the feature and brings about several enhancements. The Redmond giant worked with Google’s engineers in the Chromium project to bring the Windows Spellchecker API to these browsers.

The new spell checker now replaces the Hunspell Spellcheck tool that was built on “open-source proofing tools” and brings about a number of benefits that include support for “additional languages and dialects, a shared custom dictionary, and better support for URLs, acronyms, and email addresses.” This means that users will see fewer red lines for URLs and other commonly used content, reducing the efforts needed to check if there are errors for such content.

The firm says that according to feedback the feature brings an improvement in the quality of spell check on Microsoft Edge. Windows Spellchecker will automatically be enabled for Windows users and will inherit Windows’ language settings. Users can tweak the feature in the Languages page in Settings. Those that want to install additional languages can do so by heading to the Time & Language settings on Windows and installing their preferred language. For those that do not have any languages installed, the browser will default to the Hunspell Spellcheck.

The new spell checker is available for Edge users with version 83 that was rolled out to the stable channel last week. It is not clear if the feature is live in the Chrome browser yet.