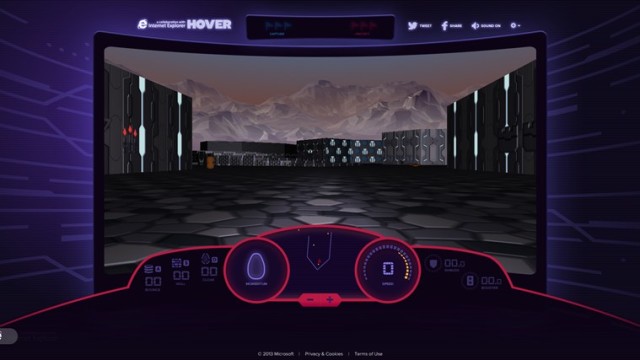 A few weeks ago, Microsoft's Internet Explorer team worked with game developer Dan Church to launch a revamped version of the classic Windows 95 action game 'Hover'. This revival of the first person sci-fi action game was made to run on modern web browsers like IE10 and IE11, although it can also be played on Firefox and Chrome.

Now it looks like Microsoft has decided to release the new 'Hover' game as a stand alone app for Windows 8.1 users. The Microsoft Store has quietly added the game to its list of titles published by the company. Like its web browser version, the Windows 8.1 port of 'Hover' has been designed for both touchscreens and the  mouse/keyboard control combo as players take control of a future hovercraft and play a version of capture the flag.

Unfortunately, the Windows 8.1 version of 'Hover' appears to be just a single player game and does not include the online multiplayer features that the web browser version contains. The good news? The Windows 8.1 port does have that nifty Easter Egg that can transform the game into the Windows 95 version of itself, complete with Win95 concepts of Twitter and Facebook.