Microsoft co-founder Paul Allen may be a bit more reclusive than his colleague Bill Gates, but Allen still has his own ways of giving to charitable causes. This week, Allen revealed that he has completed work on his first studio album.

Passionate about music & songwriting, excited my new album Everywhere at Once comes out 8/6 under @sonylegacyrecs bit.ly/12K7BE2

No, Allen's Twitter account hasn't been hacked. He has indeed produced an album, "Everywhere At Once," with his band Paul Allen and the Underthinkers. Pre-orders are being taken at Amazon.com and it will "drop" (yup, we just threw in a music industry term) on Aug. 6. 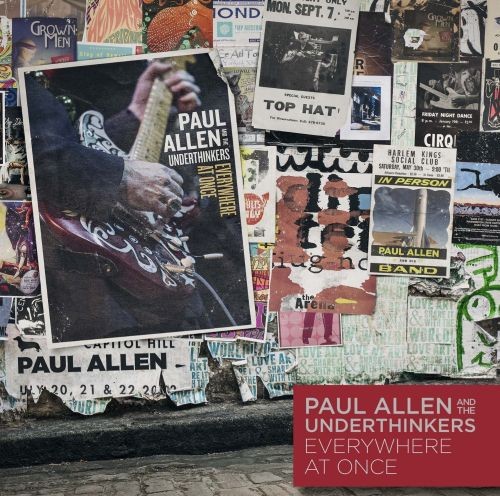 The notes on the pre-order page state that we can expect to hear "blues-based guitar rock nuggets" on the album. Allen either wrote or co-wrote all of the songs on his debut studio effort and plays guitar on almost all 13 tracks. In fact, one of the songs on the album, "Divine," has already been featured on the soundtrack of the 2012 stripper-centric film "Magic Mike" (again, we are not kidding about this).

A boatload of well-known music artists make guest appearances on the album, including Ann and Nancy Wilson of Heart, Chrissie Hynde, Joe Walsh and more. You may be thinking, "Doesn't Allen have a ton of money already?" Indeed he does. Forbes estimates his net worth to be $15 billion. That's maybe why Allen has decided to give his proceeds to the EMP Museum in Seattle.