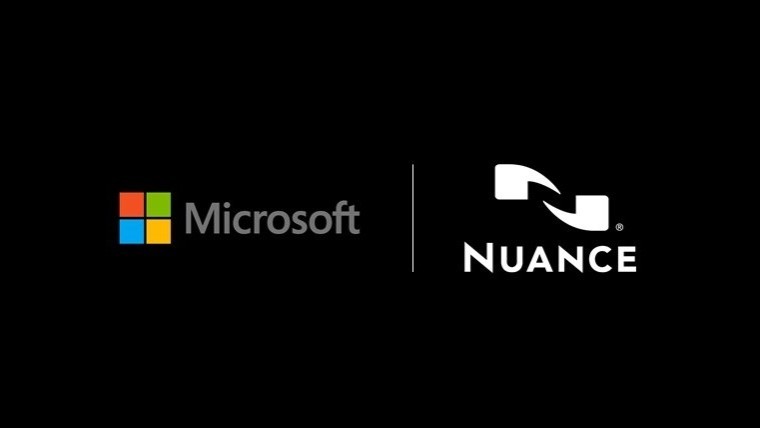 Over the weekend, reports emerged that Microsoft was considering an acquisition of Nuance Communications, a company focusing on cloud and AI products, specifically for healthcare. It hasn't taken long for an official confirmation, as Microsoft has now announced that that's acquiring the company in an all-cash transaction valued at $19.7 billion, including Nuance's net debt. That values each share at $56, a 23% increase over their closing price on Friday, April 9.

Nuance's products include Dragon Ambient eXperience, Dragon Medical One, and PowerScribe One, all of which are speech recognition services powered by Microsoft's Azure. In fact, the acquisition of Nuance follows a partnership between the two companies back in 2019, when the companies brought the Dragon Medical software and Microsoft's Azure solutions together to "transform the doctor-patient experience".

Nuance's healthcare-focused products are very widely used across the United States, with 55% of physicians and 75% of radiologists relying on them. But the company does more than healthcare, also offering solutions in the field of AI and customer engagement, such as helping with Apple's Siri virtual assistant.

“Nuance provides the AI layer at the healthcare point of delivery and is a pioneer in the real-world application of enterprise AI (...). AI is technology’s most important priority, and healthcare is its most urgent application. Together, with our partner ecosystem, we will put advanced AI solutions into the hands of professionals everywhere to drive better decision-making and create more meaningful connections, as we accelerate growth of Microsoft Cloud for Healthcare and Nuance.”

The transaction has been approved unanimously by the Boards of Directors at both companies and is expected to close by the end of the 2021 calendar year, though the financial effects will mostly be felt in fiscal year 2023 for Microsoft. Mark Benjamin will continue to serve as CEO of Nuance and report to Microsoft's Scott Guthrie, vice president of the Cloud & AI group at the Redmond company.